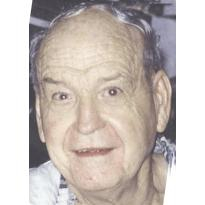 Ed was raised near Pittsburgh, Pennsylvania. He was a graduate of Bucknell University. He was an outstanding collegiate football player and was being recruited by serveral professional teams. Instead, he joined the Army Air Corps. He served proudly in World War II as a B-29 Pilot in India. His generous heart and helping hands touched the lives of many. Later he joined the FBI and became a Special Agent for over 26 years and he was an outstanding Markman! After his retirement, he was an avid sports fan and he was very invloved in school and church activities.

Ed is survived by his devoted, loyal and cherished wife, Irene Elinor Olson Glass; loving daughter, Prefessor Becky Glass; loving son, Judge Geoffrey Glass. He is also survived by four grandchildren, Connor, Cooper, Hannah and Elliott. Ed was loved by many, and he will be dearly missed by all.