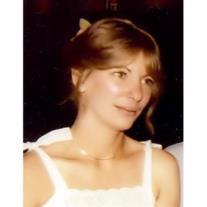 The life of Christine Michelle Hartjen was a beautifully passionate one. The first thing you need to know about Christine is that she was the youngest of 5 girls. I’m sure you can expect that as the baby of the family, Chrissy was a Daddy’s girl tride and true. Growing up in New York, Chrissy was raised Catholic and attended Catholic school. As a family, the Hartjen’s loved to travel and because their father, Albert, worked for NASA they were constantly driving to different cities and states. When Chrissy spoke to her daughters about her childhood, she would always fondly mention pilling into their hatchback car and having the time of their lives. Because of Albert’s job, the family ended up picking up their lives in New York and made the move from the East coast to the West coast. In sunny California, the Hartjen’s settled in Orange County and Chrissy, though a New York lover for life, became a true California girl. While living in California, Chrissy won Miss Redlands and her love for fashion and all things beautiful in life really began to grow.

Chrissy was always a creative individual. She was an extremely talented seamstress, interior designer, and crafter. These talents were something that came even more into play once she became a mother. But before we get to that, as her daughter, I want to tell you something that has always brought me so much joy and pride. Chrissy was first and foremost was incredibly smart, driven, and successful. After working in the medical billing field for 10 years, Chrissy took a huge risk. She quit her job and started her own medical billing company that was immensely successful and she landed many important contracts in this very competitive field. (P.S. it’s no wonder that our father, Dr. Robert Bade, chased and pursued Chrissy for months. She was quite a catch.) In a day and age when this was extremely rare, Chrissy was not only a business woman, but a business owner. And a very successful one at that. The eternal optimist, independent, and strong-willed woman she was would make the most difficult job in the world, a mother to four daughters, look so easy.

Now, to talk about what Chrissy’s favorite thing in life was, all you would have needed to do was bring up her family. She loved her four daughters more than any earthly possession this world could possibly offer. If ever given the opportunity when spending alone time with one of her daughters, Chrissy loved to say ‘You’re my favorite’. And we never doubted her when she said this, even though we knew she said it to all of us. And that’s because we also knew that at the end of the day, she loved us all so immensely that we all really were her favorite. As mentioned before, her love for sewing was shown in our matching outfits, unique Halloween costumes that she would handmake without a pattern. As we thought of this we realized, Chrissy truly lived life without a pattern. She was traditional until she wanted to be traditional. She was proud to be the mother of her four daughters. She was independent and committed to her opinion (*stubborn*) and she was never afraid to say what was on her mind.

Chrissy believed that you should not live in fear of anything or anyone. She was never afraid to have fun and she didn’t concern herself with the thoughts of others, she only concerned herself with the thoughts of her four daughters. And, of course, with nurturing them into strong young women. As they say, the apple never falls far from the tree. That saying is truly a blessing in this situation as all four of us wish nothing more than to be a representation of our mother.

Besides her daughters and their great friends, Chrissy had a soft spot in her heart for her three son-in-laws. In all honesty, she could sometimes relate even more so to her pseudo-sons (who wouldn’t welcome a little testosterone in a world so filled with estrogen). And even more importantly, Chrissy had two grandson’s, Jacob Sears and Ryder Stough. Jacob is 7 years old, and loved his grandma ‘Monkey’ in a capacity that seemed to reach so far beyond that of a child who has only been on this earth for 7 years. But, then again, Chrissy had that type of effect on people, young or old. Although Ryder never had the chance to meet Monkey in person, they Facetimed as many times as possible and Chrissy fought until the very end with so much hope to see the day that Ryder was born.

After the past few days of reflecting, I realized something very important. 62 years on this earth may seem like a short life, but the amount of time you spend here is not what counts. What counted to Chrissy and what still counts to her family, is the imprint that she left for everyone that has ever known her. Within the 62 years that Chrissy was here, she had inspired so many. And because of that her legacy will remain and be carried on from year to year, infinitely.

Oh, and last but not least, we will always have Vegas. Although she still found a way to have fun there in a responsible way, she did love her Bloody Mary’s and a good night of gambling. Even though she never risked more than $20 on the craps table, she was the first ever trillionaire thanks to Facebook poker.

Cheers to you and your beautiful soul Christine. Thank you for blessing us with so many lessons, matching outfits, and memories.