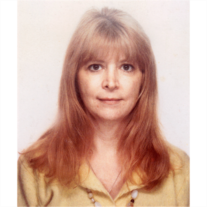 She earned a Bachelor’s degree in Business from St. John’s University in Staten Island, NY, in 1977. Later, after attending New York Law School she earned her law degree at the age of 44. She was a member of a number of New York Bar Associations, including the Staten Island Women’s Bar Association, where she served as an officer.

She was an avid reader, and her hobbies included genealogy, quilt making, dressmaking, and collecting vintage sewing machines, patterns and paper dolls. Christine was an FCC licensed amateur (HAM) radio operator with the call sign K6CFL. She loved her two cats and grapevines, and of course her family.

She is survived by her beloved husband Philip Lonzello, her loving son Raphael D’Ambrosio and his wife Fabiana.