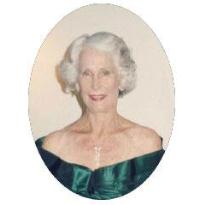 Charlotte known as Billie to her childhood friends was born in Chicago, Illinois. She grew up in Pasadena, California as an only child. She graduated from Westridge School for Girls in 1945 and from Vassar College in 1949. She met her husband in 1947 at a wedding in Evanston, Ill. They were married in 1949.

She dedicated the next 33 years to raising her family. The first half of raising her family was in Evanston and Kenilworth, Illinois. During these years she took sailing the family Sunfish on Lake Michigan seriously. In fact she took everything related to the beach seriously. She could regularly be seen floating on the lake in her stylish styrofoam recliner. In 1971 the family moved to San Marino. In San Marino she was a realtor for many years and ultimately opened a store called ?It’s a Small World? where her entrepenurial skills were honed selling miniatures.

Charlotte was an avid tennis player growing up, but ?retired? from tennis after her fifth child only to come out of retirement after her last child left home. She remained a serious tennis player and tennis enthusiast to the end. The day after being eligible, she moved into a retirement community where she lived for 15 years. She moved to her final community where the tennis was better.

Gardening was another passion of Charlottes. She was always concerned that everything was well tended and always had a beautiful flower arrangement from the garden in the house.

In recent years she was very involved at St. George’s Episcopal Church where she was a chalice bearer, intercessor, lay Eucharistic visitor, usher, and reader.

She handled her fight against cancer with incredible grace, and strength.

A memorial service and internment will be held at 10:00 on Monday, April, 30th at St. George’s Episcopal Church, 23802 Avenida de la Carlota, Laguna Hills. A reception will follow at St George’s Bourne Hall next to the church following the service.