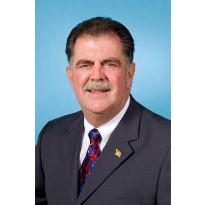 Charles William Bookhammer, 61, was born May 23, 1948 in Atlanta, Georgia and passed away October 15, 2009 in Orange, California. He served in the United States Navy from 1965 1969 through three tours of Vietnam. On his third and final tour he was awarded the Purple Heart while serving with the River Patrol Forces. Chuck graduated from El Camino Community College in 1977 through the GI Bill and volunteered as a reserve police officer for the city of Hawthorne. With each passing year, Chuck became more involved in the community through the YMCA and was a long standing member and past President of the Kiwanis’s Club of Hawthorne. Chuck served on the Hawthorne City Council for 14 years from 1983-1999, of which he served as Mayor pro tem for a period of time. He served as the Assistant Chief of Staff for LA County Supervisor Yvonne Burke from 1992-2008. After which Chuck transferred to the CDC until his retirement in June 2009. Since June Chuck has worked part time as a government consultant to the LA Board of Realtors.