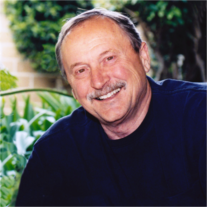 Charles Q. Early passed away peacefully in his home on Sunday morning on March 13, 2016.

Charles was born February 18, 1941 in Norborne, Missouri to Martha and Merlin Early. Charles graduated from Woodbury College in 1960. He worked in the mortgage banking business for 45 years and retired on March 31, 2008.

Charles will be remembered for his unconditional and dedicated love for his family. He always had the willingness to lend a hand at a moments notice. He would literally give you the shirt off his back if he had to. Charles was a great listener, he was genuine, kind hearted, and generous.

Donations may be made in Charles’ name to St. Jude Children’s Research Hospital, http://fundraising.stjude.org/site/TR/Tributes/Tributes?px=3898995&pg=personal&fr_id=39300