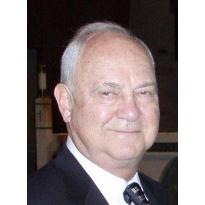 Cowan, Dr. Charles Michael – passed away on Monday, October 20th, 2008. Dr. Cowan began a successful Cardiology practice at St. Bernadine’s Community Hospital in 1972 serving the greater Inland Empire for many years. He later moved to Laguna Beach with his beloved wife, Jeanien Cowan, where he continued to work as a Cardiologist at Kaiser Permanente of Riverside. He was born June 25, 1934 in Jersey City to the parents of Joseph and Rebecca Cowan. Dr. Cowan graduated from Ohio State University; completed medical school at New Jersey College of Medicine; had internships and residencies at Beth Israel Hospital in New York City, Grady Hospital in Atlanta and a fellowship in Cardiology in Detroit; and served on the faculty of the School of Medicine at Wayne State University in Detroit. Charles Cowan was an adventurer, athlete, and a lover of life. He enjoyed white-water rafting, running, fishing, skiing, swimming, and even built his own aircraft, the ‘VariViggen’, which he flew for many years out of Rialto Airport. He ran marathons, completed the ‘Iron Man’ in Hawaii, and also finished the ‘Escape from Alcatraz’ Triathlon in San Francisco. As a traveler, he ventured to the ends of the earth and back with his beloved wife, Jeanien. Most importantly, Charles Cowan held, as the closest things to his heart and as his highest principles, the importance of family, togetherness, and the sharing of meaningful time with the people you love. He is survived by his daughter and son-in-law Sherry and John Hanover; son and daughter-in-law Billy and Supranee Cowan; step-children Jennifer and Brian Buck and Brandon Haber; brother Ken Cowan; grandchildren, Sidney, Jacob, and Carter. The family will accept visitation on Sunday, October 26th at O’Connor Mortuary in Laguna Hills, California between the hours of 7 and 9pm. A general funeral service will be held on Monday, October 27th at St. Catherine of Siena Church in Laguna Beach at 11am. In lieu of flowers, the family requests that donations be made in his name to the American Heart Association.