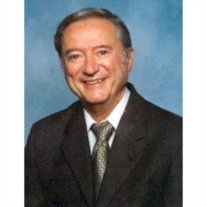 Capozzoli, his late wife Donna and their four children came to Dana Point in 1975 and quickly became active members of the community, an effort he kept up well into his later years.
A Georgetown University Graduate, Olympian, author, dedicated volunteer and philanthropist, Capozzoli was a charismatic and loving man who enjoyed civic involvement and was easy to get to know, according to friends.

“Charlie was a very good friend of mine for nearly 40 years. He loved the Lord and His people,” said fellow Dana Point resident Bob Moore. “Unfortunately in the last few years Charlie’s activity in our civic and residents’ events had been limited due to his health. But his heart and soul was always with us. He was special to everyone who knew him whether for years or minutes.”

In 1952, he became a track and field Olympian (5000m) and a U.S. champion in 1953. He was also a longtime member of U.S. travel teams, representing the country in worldwide competition.
An esteemed member of the New York Athletic Club during the 1960s, Capozzoli was inducted into their Hall of Fame in 2009.

Capozzoli wrote several books, “with a desire to inspire children and adults alike to reach out, to do their best in life and to dream wondrous things,” he said in his author’s profile.

A writer of both fiction and nonfiction, one of his books, Run to Win, Love and Sacrifice, recounts his own life story as an Italian American boy growing up in New York City.

He was preceded in death by wife Donna and son John.