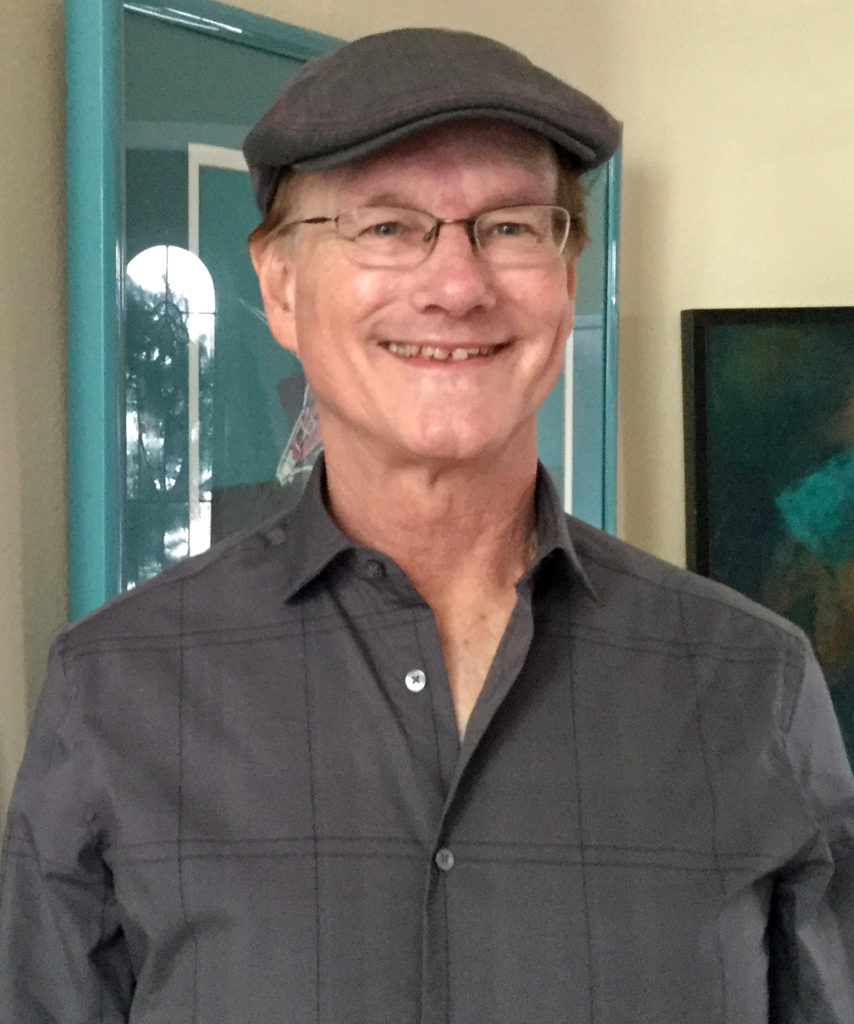 Charles Gregg (note that Gregg is spelled with two “g”s!) Jorgensen was born at March Air Force Base in Riverside County, California on June 6, 1951. He was the first-born son of Charles K Jorgensen (“Chic”) and Joan Louise Spitko Jorgensen.  Chic, having served as a Marine in World War II, was now serving a stint with the Air Force Military Police during the Korean War. The first few years of Gregg’s life were spent as an “Air Force brat” moving from California to Colorado Springs and then to Fort Worth, Texas. Following the end of the Korean War in 1953, Chic moved his family to Garden Grove, California. The Jorgensen family grew in number from three to six. Gregg was now the big brother to three younger siblings, Kathie (1955), Lori (1956) and Mike (1959).

Here, Chic joined the management team at the Ford Motor Company. Shortly after that, Gregg began his educational journey at Gilbert Elementary School. During this time, his mother, Joan, introduced him to his first guitar. Playing the guitar, singing, songwriting and performing music became a lifelong joy. Gregg also always had a strong work ethic, beginning as a paperboy at only ten years old at the Santa Ana Register. In fact, he received his first trophy as the “Register’s Outstanding Carrier Boy” in 1962.

In 1963, the Jorgensen family moved to Edina, Minnesota where Gregg attended junior high and developed another new passion, skiing. He became an avid skier and was soon conquering Buck Hill and Hyland Hills.

In 1967, the Jorgensen family moved to Fremont, California, where Gregg developed a fascination with fast-driving cars. Chic brought home the Mustang Mach 1 and Gregg adopted it as his own. He attended Mission San Jose High School, where he served as both Senior Class President and President of the Ski Club, trading the hills of Minnesota for the mountains of Lake Tahoe’s Heavenly Valley. He graduated from Mission San Jose High in 1970 and went on to pursue his college career at the University of Utah.

Gregg married Kenna Louise Rogers in Salt Lake City, Utah in 1977. Their son, Dylan Rogers Jorgensen, was born on May 23, 1982. Gregg soon found that “all things Dylan” became his greatest passion. Time spent playing baseball, skiing, traveling, and Mario championships allowed Gregg not only to teach his son about sportsmanship and competition but also allowed Gregg the chance to play with Dylan. Spending time with Dylan was his favorite recreation. Although Gregg and Kenna later divorced, Dylan remained devoted to both and vice versa.

A job opportunity arose with a CPA and law book publishing company in northern California, which Gregg accepted. He became a very successful sales representative for nearly 10 years. During this time, Gregg continued to enjoy quality time with Dylan during the summers and weekends.

Rather than accept a job transfer with the publishing company, Gregg returned to the University of Utah to earn a teaching certificate. He then taught seventh grade Social Studies in Farmington, Utah for several years. He also served as the Chair of the History/Social Science Department. During this time, he was advised and encouraged to consider teaching at a university level. For this, he needed a PhD. He was accepted into the graduate program at Utah State University. After completing his graduate coursework, he accepted a teaching position at Dixie State University, guiding new educators as they prepared to teach Social Studies effectively in their own classrooms. At the same time, he wrote his dissertation.

On December 7, 2009, he successfully defended his dissertation, “Unraveling Conflicting Interpretations: A Reexamination of the 1916 Report on Social Studies”;  the analysis argues that its educational philosophy and pedagogy may have been significantly influenced directly and indirectly by John Dewey.

Along the way, he met Diane Schlough, who soon became his research assistant. She helped Gregg edit his dissertation and provided strong support towards his successful defense while living as his partner in St. George. In May of 2010, he collected his PhD Certificate from Utah State University.

Gregg then accepted a new position, this time at Western Illinois University (WIU). Gregg and Diane packed their bags and moved across the country. Here, Gregg became an assistant professor in the School of Education. While teaching, he wrote papers, articles, and presented at multiple National and International Conferences. He served on the WIU graduate facility. He received tenure and was promoted to associate professor in 2014.

Gregg and Diane always wanted to move back west. They found a lovely home in Dana Point, California where they lived together for the last seven years of Gregg’s life. A colleague provided Gregg with a referral and a connection to Soka University of America, located in Aliso Viejo, California. Here, he continued to enhance his successful teaching career based on his teaching philosophy that the teacher is a student and the student is a teacher in the classroom.

In an active learning classroom environment, Gregg used music to complement the topic of the day. When Gregg picked up his guitar and put on a hat” sports or jazz-oriented” the students smiled and settled in to hear his voice together with his guitar.

On Friday, December 31, 2021, Gregg passed away after a valiant battle with pancreatic cancer. His two favorite people, Diane and Dylan, were there beside him, each holding his hand.

There was nothing that Gregg loved better than a good laugh or an interesting conversation with friends, family, and his students. Gregg could laugh or talk with anyone. His sense of humor, the way he embraced and enjoyed diversity on all levels, and his constant thirst for learning will be missed tremendously.

Until we meet again.
Rest in Peace.