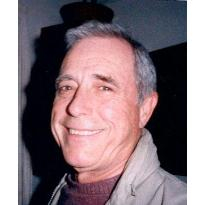 Charles Anthony Delaplain passed away on September 26, 2010 at home. He was 93 years old. He was born on March 18, 1917 in Philadelphia, PA. He was the first of 6 children born to Charles A. Delaplain and Emily Schweizer.

He attended schools in PA and graduated from Abington High School in 1936. He attended the New Mexico School of Mines and graduated in 1941. He returned to the east coast and worked as a field surveyor and construction engineer. In 1946, he relocated his family to the Bay Area in CA and worked for East Bay Municipal District as an assistant engineer.

In 1951, be began his career with Bechtel Corp. which lasted until his retirement in 1984. He worked as an engineer on various projects in Cuba, Venezuela, Saudi Arabia and Iran. He was the Project Mgr. on the San Onofre Nuclear Power Plant Unit 1, and Project Mgr. on the Olympic sites at Lake Casitas and Long Beach in 1984.