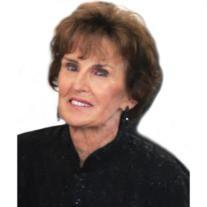 Catherine Cassells Kreider, (Cassie), age 83, died at home in Newport Beach, California, on Saturday, March 10, 2012. The cause of death was pulmonary disease complications from a long fight with ovarian cancer.

Born January 29, 1929, in Philadelphia, PA, to James and Margaret Cassells, the third of five children, Cassie lived much of her life in Philadelphia with a short stay in Denver, CO. She resided for the last 22 years in Orange County, CA, in both Rancho Santa Margarita and Newport Beach.

Survivors include two brothers, James Cassells in Philadelphia, PA, and John Cassells in Richmond, VA, as well as two daughters, Deborah Hoppe of Irvine, CA, and Sandra Chaille of Miami, FL. Cassie was preceded in death just 11 weeks prior by her husband of 60 years, Harry G. Kreider, Jr., as well as her son, Stephen Kreider, of Newtown Square, PA, earlier in 2011. Cassie leaves a legacy of 10 grandchildren, and six great-grandchildren.

Services and burial will be private. Memorial contributions are welcome and should be mailed to the Norbertine Sisters of the Bethlehem Priory of St. Joseph, located at 18831 Water Canyon Road, Tehachapi, California 93561.