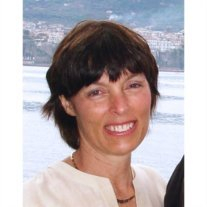 Cathy Von der Ahe passed away peacefully in her home, surrounded by family. She was a much-loved wife, mother, grandmother, sister, and friend, known for her inexhaustible energy and enthusiasm.

Cathy received her teaching credential and a Masters in English from UCLA in 1971. After graduating, she taught at Manual Arts High School, and then Joseph Le Conte Middle School, both in Los Angeles. On July 20, 1974, she married the love of her life, Vincent “Bo” Von der Ahe. She continued teaching until the birth of her first son.

Cathy then focused her life on being a loving wife and a wonderful mother of four. When her children were grown, she returned to teaching, and spent many years volunteering for and running the after-school tutoring and homework program at the local Boys and Girls Club.

Cathy is survived by her husband and best friend, Bo; her four children and their spouses, Matthew and Jennifer Von der Ahe, Andrew Von der Ahe, Daniel Von der Ahe, and Christina and Brian Rayburn; her four grandchildren; her siblings Nancy Gary, Christine King, and Robert Teague; and many loving friends and students.

A celebration of Cathy’s wonderful life will be held on Monday, January 13, 2014 at 10:00 am at St. Edward the Confessor Catholic Church, 33926 Calle La Primavera, Dana Point, CA 92629. In lieu of flowers, donations may be made in Cathy’s memory to the Boys and Girls Clubs of Capistrano Valley, 1 Via Positiva, San Juan Capistrano, CA 92675, www.bgccapo.com.