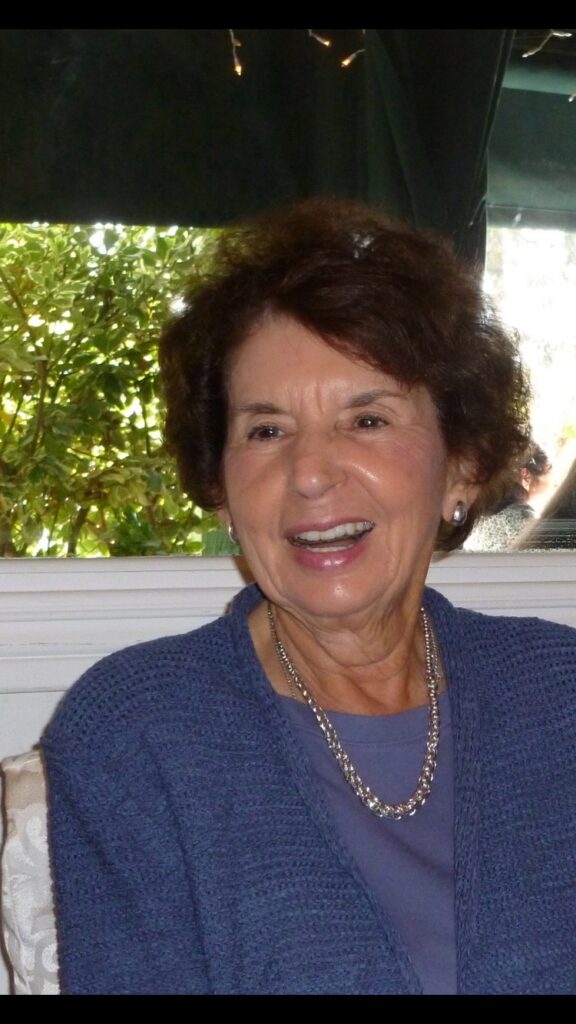 Perhaps it came from her longing to join her beloved husband of 60 years.  Possibly, it was the result of quiet reflection on her porch where she savored the warmth of the sun, the tranquility of a gentle coastal breeze, and the brilliance of her ocean view.  Or maybe, it was because she was just so practical and prepared.

You can’t raise eight children without being organized.  And while Carole Cara was thoughtful, generous, and faithful, she was indeed organized.

And so, it should not surprise those who know her well that she took the time to pen her own obituary.

The following unedited words were written by Carole in her elegant cursive:

Carole had two brothers, Tony, and Jerry and two sisters, Lois and Anne Marie, many relatives and friends.  When it was time to go off for to college, she decided to attend Nazareth College in Kalamazoo, Michigan.  It was a wonderful experience, but the city was calling, and she returned to complete her education at Mundelein College on the North Shore of Lake Michigan with the plus of being on the Loyola University Science Campus where she met Jerry who was in Med School.

And so, the great adventure began and soon off to San Fran to begin his internship and then to Denver for his orthopedic residency. Some time was spent at the Shriner’s Crippled Children’s Hospital in St. Louis.  During these years, they were blessed with four children and Carole was busy being the “Happy Homemaker”.

California was calling Jerry, so off they went to practice Orthopedics in Orange County where life got even more exciting with four more children, a busy medical practice, and many fun times both in OC and Lake Arrowhead.

Being married to the “Great Adventurer” kept Carole more than busy travelling around the world and contributed to her many special memories.  But being home entertaining friends and family were her favorite times.

Jerry and Carole were blessed with a strong faith which they shared with their eight children, twenty grandchildren, and two great grandchildren throughout their 60 years of marriage.

Thank You God for an Amazing Life!”

The past two years since the passing of Jerry, along with her health failing, Carole enjoyed the solitude of her front porch where she relaxed, read, and prayed. On that porch she cherished nothing greater than the gift of frequent visits from her dearest family and friends.

Carole was able to remain in her home until her passing thanks mainly to son David Cara, who not only managed household duties but provided compassionate care and companionship.  Many thanks also to the nurses from St. Joseph Hospital for their care in her final days.

In lieu of flowers, please consider making a donation to:

Our Lady of the Lake Catholic Church, Lake Arrowhead, California