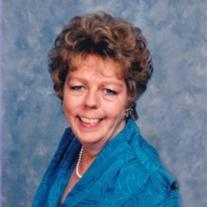 In Memorial of
Carol “Cholly” Tugwell
of San Juan Capistrano

Gathering at the Tugwell Family Home
following the service

Carol Tugwell, known by all her friends and family as CHOLLY, was born in Syracuse, N.Y. September 4, 1941. She was the 9th of ten children. Her father, Kenneth Jaquith, died before she was born. Her mother, Jennie Jaquith, remarried Albert Donohoe and packed up everything in 1945 and moved to sunny southern California. Brave guy, that Al, to take on that large of a family. After a few years in Arcadia they moved to Newport Beach where, while still in high school, she met her future husband, Doug Tugwell.

For Doug, who was three years older, it was love at first sight and he wanted to get married as soon as possible. The ever sensible Cholly told him there was no way she would marry him until he got his military obligations out of the way and was earning at least $500/month. After about five years of dating they were married October 27, 1961. They happily celebrated their 50th anniversary one week before her death.

Before marriage, Cholly attended Orange Coast College and a Business College in Orange County. Shortly after having two children, Steve and Sandy, she became a stay-at-home mom who was very active in supporting their many activities. Among other things, she was one of the original “soccer moms” and could often be seen umpiring both softball and hardball games for the kids.

Not only did she support the children in sports and other activities, she was what could easily be called and avid Vin Scully and Los Angeles Dodger fan. On Saturday afternoons, Vin’s broadcasts were the only thing that could keep her from listening to Garrison Keillor and Prairie Home Companion (her favorite radio program). In fact, she was such a baseball fan that she was a team owner in Rotisserie League Baseball for the last 27 years. Doug also had teams in the same leagues, so at times theirs was a pretty intense rivalry. That competition carried over to many aspects of her life with Doug, for instance she was a Republican and he a Democrat. They both agreed that in many ways that it made their life together much more fun and helped them stay together for 50 years.

Besides her husband, Cholly is survived by her two children: Steve Tugwell (Theresa) and Sandy Cake (Barry), five grandchildren, 3 great-grandchildren, 4 sisters and 2 brothers.