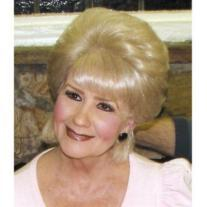 Kendall, Carol Elizabeth, loving wife, mother and grandmother of Laguna Hills, passed away November 20, 2011 after a two-year battle with cancer. Carol was born in 1948 in Long Beach, California. She graduated from Gardena High School in 1966 and went on to El Camino College to receiver her certificate for Cosmetology in 1968. It was at El Camino College where she met the love of her life, Dale G. Kendall and the two were married August 17, 1968 in Redondo Beach, California. They had their first child, a son, Dale Scott in 1969 and then were blessed with a daughter, Michelle Rene’ in 1971. They moved to Laguna Hills in 1972 where they continued to live until present. The couple had two more beautiful daughters, Cheryl Nicole in 1977 and Kristen Elizabeth in 1983 to complete their family. For over 35 years, Carol ran a day care out of her home, lovingly caring for well over 100 children during that time. She could light up the room with her smile, vivacious personality and contagious zest for life no one will be able to duplicate. Carol had friends from every walk of life and was loved by many. She will be missed terribly by those who love her.

There will be a visitation on Tuesday, November 29, 2011 at O’Connor Mortuary in Laguna Hills from 5-7 p.m., in addition to a memorial service the following day on November 30, 2011 at 11:00 a.m. at Presbyterian Church of the Master, 26051 Marguerite Parkway, Mission Viejo, 92691. Reception immediately following.

In lieu of flowers, please consider a memorial donation in Carol’s honor to the AIM at Melanoma organization, so her courageous fight will go on to help others. www.aimatmelanoma.org/aim-for-action/memorial-donation.html. To make a donation by mail: AIM at Melanoma, 3217 Bob O Link Court, Plano, TX 75093.