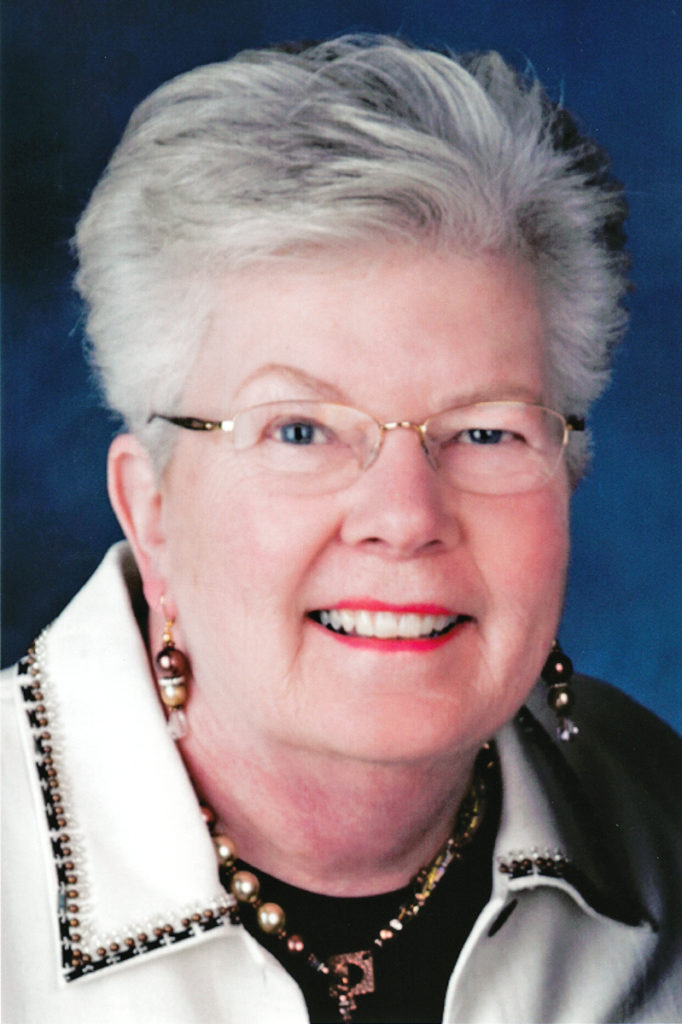 Carol grew up in Oak Park, Illinois, the only daughter of R. John and Dorothy Carey. She graduated from high school there in 1958, and then from the University of Illinois in 1962, where she was a member of Alpha Xi Delta sorority. She majored in Retailing and worked for several years as a department store buyer in Chicago. After moving to California in 1970, she became a very successful Realtor, eventually retiring in 1997.

Carol married her first husband Tom Sams in 1964 and their daughter Kimberly was born in 1968. They were divorced in California a few years later. Then, Carol and Roger were introduced by mutual friends in 1979, and married in 1980 at the Wayfarers’ Chapel in Palos Verdes. They lived initially in Irvine, moving to Aliso Viejo in 1989. They were avid offshore sailors aboard their sloop Harbinger, active members of the Blue Water Cruising Club, and traveled worldwide, mostly in smaller cruise ships. Carol loved to play golf and contract bridge, and was very active in Alpha Xi Delta alumnae organizations in Southern California, including the establishment of a new chapter at the UC San Marcos campus. She also volunteered on occasion with Families Forward in Irvine and at the Sherman Library & Gardens in Corona Del Mar.

Carol’s remains have been cremated, and a Memorial Celebration of her life will be held on March 16th  at 2:00 pm at the O’Connor Mortuary, 25301 Alicia Parkway, Laguna Hills. Then, her funeral will be held at 1:00 pm on April 13th, conducted by the Culberson Funeral Home, 51 S Washington St, Hagerstown, Indiana, with burial in the Murray Family plot in West Lawn Cemetery there. In lieu of flowers, you may make a tax-deductible donation in Carol’s memory to the American Parkinson Disease Association at 800-223-2732.