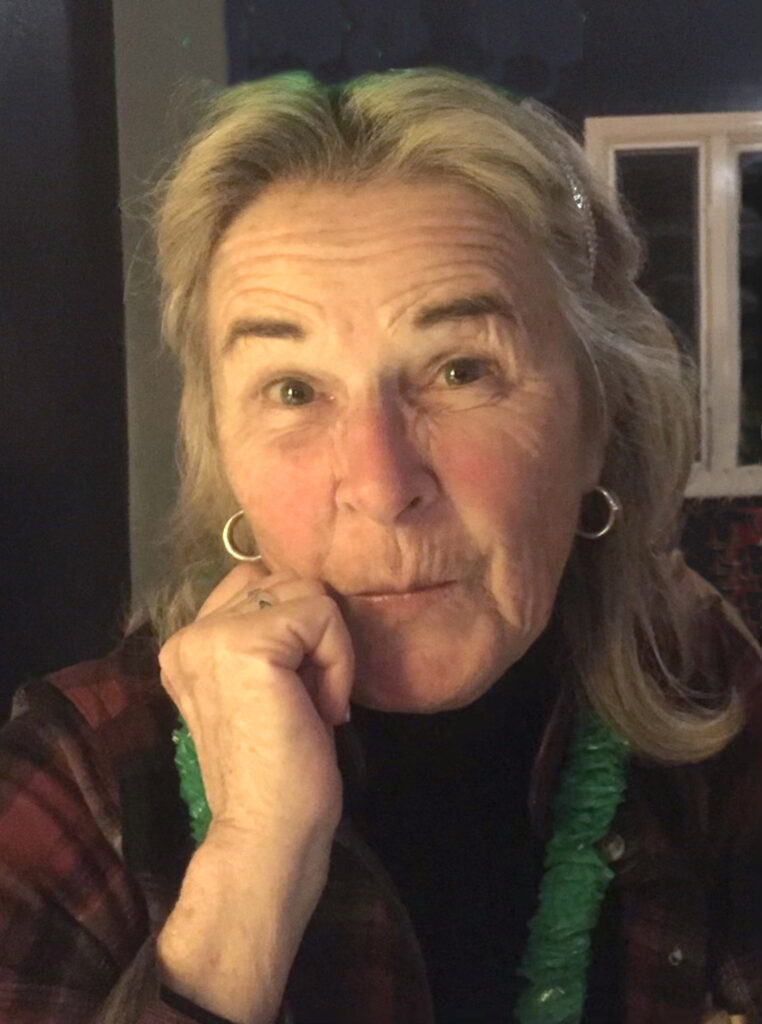 Carol served the Maryknoll community by teaching and caring for the poor in Tanzania, East Africa. After leaving Africa, she went on to teach in various colleges and universities including Northeastern University in Chicago, the University of Michigan and eventually at Orange Coast Community College in Orange County, CA where she taught creative writing for more than 28 years. She also served as OCC’s Faculty Senate President.

Carol was born in New York City, NY. She was raised by her parents John and Bridget Burke and was sister to John, Maureen and Kathleen. She attended New York’s St. Theresa Elementary School, St. Michael’s High School and Dominican University New York and achieved a master’s degree in education.

Carol became a mother when she adopted her daughter, Ana Burke, from Honduras in 1989. Carol has two granddaughters, Kaylyn and Kassia, whom Carol and her partner Al Kuhn, helped care for.

Always passionate and compassionate, Carol loved dancing, hiking, fly fishing, gardening, reading, and traveling many places with Al in the famous RV. In retirement, she spent many years relaxing in Borrego Springs, CA, spending countless hours with her granddaughters, involving herself in various activities and adventures. She was opinionated and strong in her viewpoint and constantly advocated for equitable rights, especially for those who were less fortunate.

Carol traveled the world in her 80 years and considered Ireland, home to her parents, her favorite country. She knew every word to her favorite song, “Molly Malone” and would oftentimes break into spontaneous song while you were talking to her. Carol was easy to share her contagious laugh and could move her bicep up and down as her best party trick.

Carol is survived by her partner, Al Kuhn; daughter Ana Burke; grandchildren Kaylyn and Kassia Burke; her siblings John Burke, Maureen (John) Murray and Kathleen (John) Ring; many nieces and nephews and their children; her beloved dog Cee Cee; and countless dear friends around the globe. She was rich in life being surrounded by friends, family and neighbors who all loved her. The family requests that friends enjoy an Irish whiskey toast in her honor.

A Celebration of Life, or as Carol called it, “a neighborhood party,” will be held at a later date.

Please remember Carol through donations to Copprome Orphanage in Honduras. Donations can be made at http://copprome.com/how-to-help/.