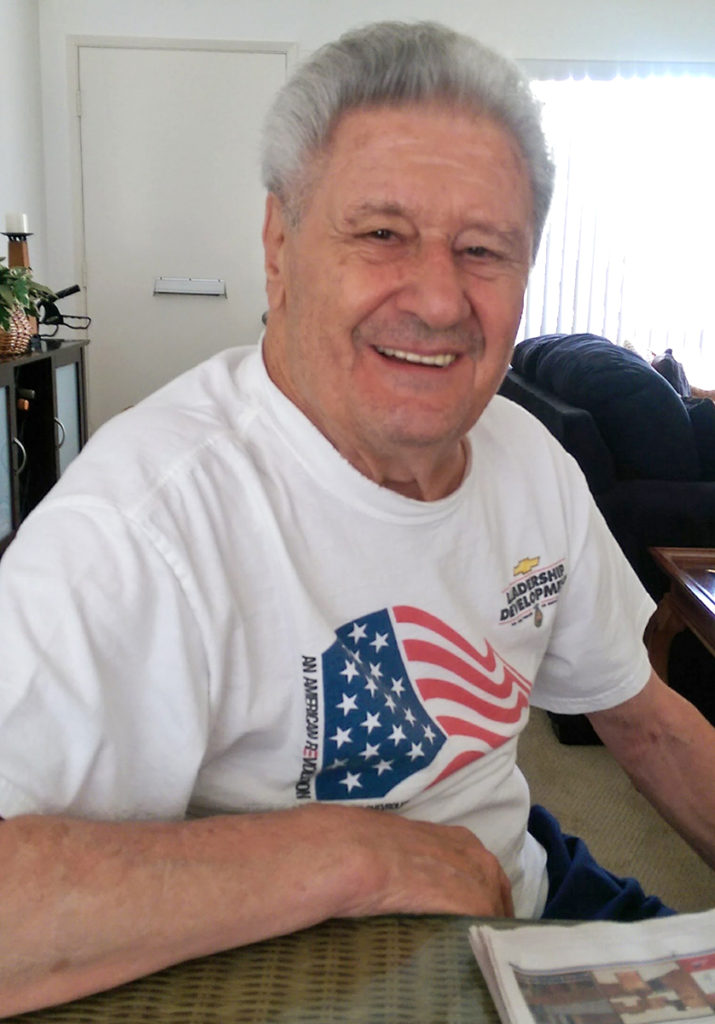 Carmine Vano of Laguna Woods, California, passed away at Mission Hospital on September 19, 2018; surrounded by his family.  Carmine peacefully passed away as a result of heart failure.  Carmine was 82 years of age at the time of his passing.

Carmine was born in Roccasecca, Italy, to Gerardo and Angelina Vano (Chicarelli), where they lived until 1950.  At the age of 15, Carmine and his mother and sister Lisa traveled aboard the Saturnia to form a new life in New York. After High School he decided to serve his new country and enlisted in the Army and served in the Korean War. During the war he gained valuable skills as an automotive technician, which continued to serve him in life.  He married, his wife, Frances Vano (Esposito) in New York.  He enjoyed his family tremendously and the game of soccer. He moved to California in 1979 and continued to work as an auto technician.  He is survived by his wife Frances Vano, his sons Christopher Vano (fiancé Dayna), Peter Vano (wife Ginger), and David Vano (wife Monai), and his amazing granddaughters Alexa, Ava, and Katie.  He is also survived by his sister, Laura Carlone (husband Frank) and brother, Thomas Vano (wife Maureen) and sister in law, Patricia Bianca (husband Frank).  Loved his sister and brother in law Lisa Alpegiani (husband Robert) both who Carmine is reunited with now.  He loved his Nieces and Nephews Bobby, Lisa, Paula, Melissa, Tina, Tania, Tommy, Michael, Greg, Danielle, and Grand Nieces and Nephews.  He loved his Cousins Lena Pinto (husband Lenny), Roseanne DiFiore (husband Tom). He was a strong man with a heart of gold. He will be forever missed!