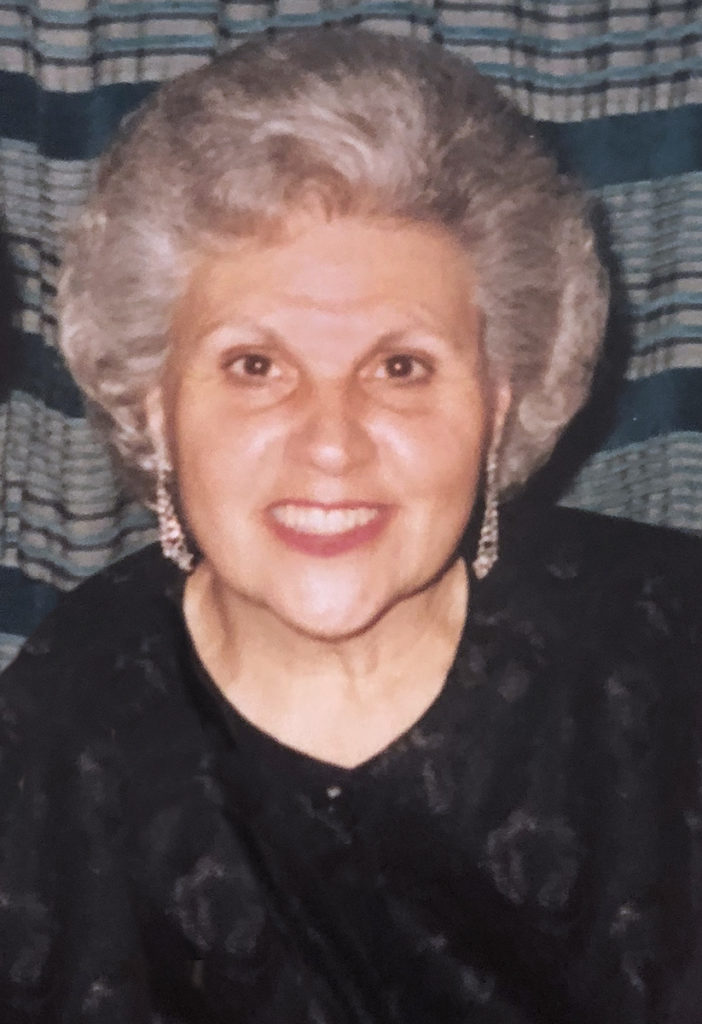 Carmela, age 91, went to be with the Lord on Sunday, August 26, 2018, with loving family and caregivers by her side. Born in Manhattan, New York, on February 19, 1927 to Filipo and Mary Amari, she was the oldest of 3 daughters.

Carmela spent her growing years in New York and in New Jersey, and then attended business and language college in the local area where she met Frank Convertino, and it was an instant attraction. Frank and Carmela married on January 16, 1947, and in 1958 they made their move to California, where they  decided to stay.

Carmela gave birth to 4 daughters and 2 sons, and while she embraced her Catholic faith devoting her life to providing love and support to family and her community, she spent many years volunteering at various church fundraisers, the City of Hope, and school events. As her children grew to be more independent, she worked as an onsite aide to psychiatric patients.

Carmela’s other passions were for cooking and traveling. Her creativity in recipes received compliments from all, and  as she carefully planned dozens of journeys abroad on the tightest of budgets, she and her husband always returned with meaningful experiences which she shared, including those from  Medjugorje; the home of the Blessed Mother in Turkey; Fatima, Portugal, and birthplaces of their Italian heritage.

Carmela is survived by her two sisters, Sara and Conny, six children: Betty Ann and Larry Cart, Mary Ellen and Phil Szabo, Cathy and Mike Navarro, Philip and Debbie Convertino, Frank and Jo Lynne Convertino, and Donna Convertino, twelve grandchildren, and five great-grandchildren (with one on the way).

She will be missed by all.