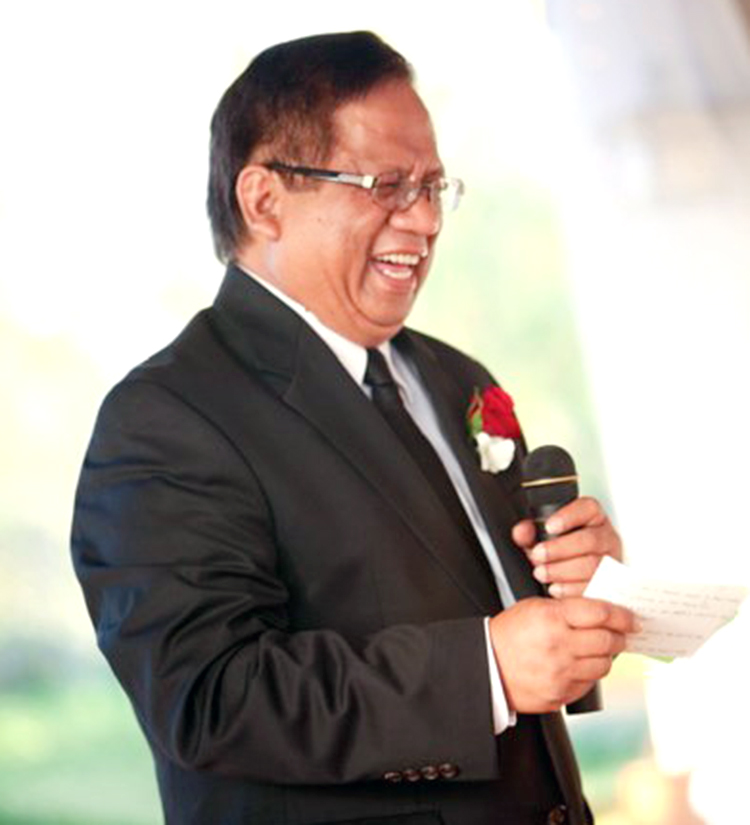 Carlos Reyes, 66, died of natural causes on Friday, February 8 in Irvine, CA. Carlos was born in Manila, Philippines where he met and married the love of his life, Rose. Carlos and Rose shared 40 years of marriage together. Carlos is survived by Rose, his children Carlo (Andrea), Kris (Annie), Ria (Brad) and Kurt, five grandchildren, his brothers and sisters, and a large extended family. Carlos was predeceased by his brother Romy and his parents.

Carlos was an engineer, and his career led him and his family to Michigan in 1985, where he worked as an engineer for General Motors. Carlos spent his entire career at GM until his retirement in 2013.

But first and foremost, Carlos was a family man who was willing to do anything he could to make sure his family was provided for and happy. Carlos’s self-sacrificing nature helped all four of his children graduate from college (and in some cases graduate school). Carlos and Rose had recently moved from Michigan to San Juan Capistrano, CA to be closer to their daughter Ria and three of their grandchildren.

Carlos had a playful spirit and a great sense of humor, and was often the life of family celebrations. He will be sorely missed, but we take comfort knowing that he has a new home in the Kingdom of Heaven.