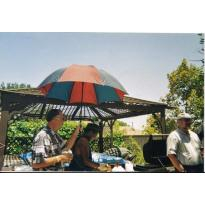 Carl Avery Brooks was born January 18, 1945 in Houma, Louisiana to Abram Brooks and Dorothy White Brooks. Carl grew up in Louisiana on the bayou. Carl spoke with great respect and affection for his grandfather Gloster White and his grandmother Classie Bolden White. Carl was a graduate of Ambassador College in Pasadena, California. His firm, South Coast Hearing Representatives, was a successful advocacy practice in Worker’s Compensation law. Over the years Carl trained and employed many worker’s compensation practitioners. He is most fondly remember as ‘the Bro’ — a term of affection for one of the most generous men that has ever graced our planet. Carl’s favorite pasttime was cooking for his friends and educating their palates with fine wine. Carl is survived by his sisters Elaine Brooks Seymore, Linda Brooks Burke, Virginia Brooks Mitchell and Winniefer McDonald Ferrell. His sister, Betty Brooks Matthews had predeceased Carl. Carl is also survived by his brothers A.J. Brooks and McKinley McDonald and fifteen nieces and nephews. Carl’s life was one of generosity and and kindness to others — a life defined by his faith in his Creator. Carl died January 25, 2006. He was greatly loved by many and will be deeply missed by all.

61 responses to Carl A. Brooks