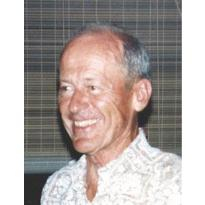 Bill 86 born December 12, 1919 in Detroit, Michigan, he attended and graduated from the University of Michigan with a degree in marine engineering and naval architecture. After serving in the United States Navy as a naval officer in the bureau of ships at Quincy, Massachusetts, he was transferred to the naval repair base at San Diego during World War II. At the end of the war he decided to make his home on the west coast and began a design business. Work flowed to him readily and he was responsible for the design of some major changes to well known west coast yachts that required new rigs to keep them competitive-the 82’sloop Patolita later Serious II, the conversion of the 98’schooner Morningstar to a modern Ketch rig; and the 77 foot Herreshoff Schooner Queen Mab with a new staysail schooner rig. At the same time he was racing in the International 14 dingy class in their one-design championships. Two years running, first at Rochester, NY in 1948 and at Montreal, Canada in 1949. Soon he was designing a series of light displacement racing sailboats that began to win or place highly on the east and west coasts, beginning with Flying Scotsman and Nalu II, 46′ four time class C Transpac race winner and first overall in 1959. Next came the 50′ sloop Ichiban, second overall in the 1961 Transpac, both boats establishing his primacy in designing successful racers.

By 1958, more than 70 of the wooden L-36′ sloops had been built; but, by then fiberglass was becoming the material of choice. With Bill recognizing fiberglass properties as an ideal and readily available material for sailboats embodying both strong and light construction properties he began designing fiberglass hulls. He had phenomenal success in the major races on the west coast. His boats were built in several lengths 24′, 28′, 30′, 34′, 36′, and the famous Cal 40 which would win virtually every race on the east and west coasts and still remains to this day a great racing yacht. In cruising designs his Cal 46 was also produced in great numbers and continues to be enjoyed by the cruising set.

As a shipmate Bill was absolutely tops to sail with; a consummate helmsman and extremely valuably tactician; always sought as a crew on major races. He also sailed on boats not of his own design, providing these most useful characteristics to their owners. His designs gave him a primacy never before achieved by a naval architect as yet on the west coast. His calm demeanor was a most recognized characteristic and his evenhanded nature fostered only the best in his fellow sailors.

Hugely honored by all sailors, he will be greatly missed. Bill is survived by his devoted wife of 40 years Peggy Lapworth. His loving children Barbara Burman Rolph, Charles William Lapworth III, Robert Lapworth, Jr., Susan Cohl and Kim Sorenson. He is also survived by five grandchildren.

A Reception will follow at 3:00 P.M. at the Newport Harbor Yacht Club, Balboa, California.

In lieu of flowers, a donation to the Newport Harbor Sailing Foundation, 720 West Bay Avenue, Balboa, CA 92661-1123 would be greatly appreciated.