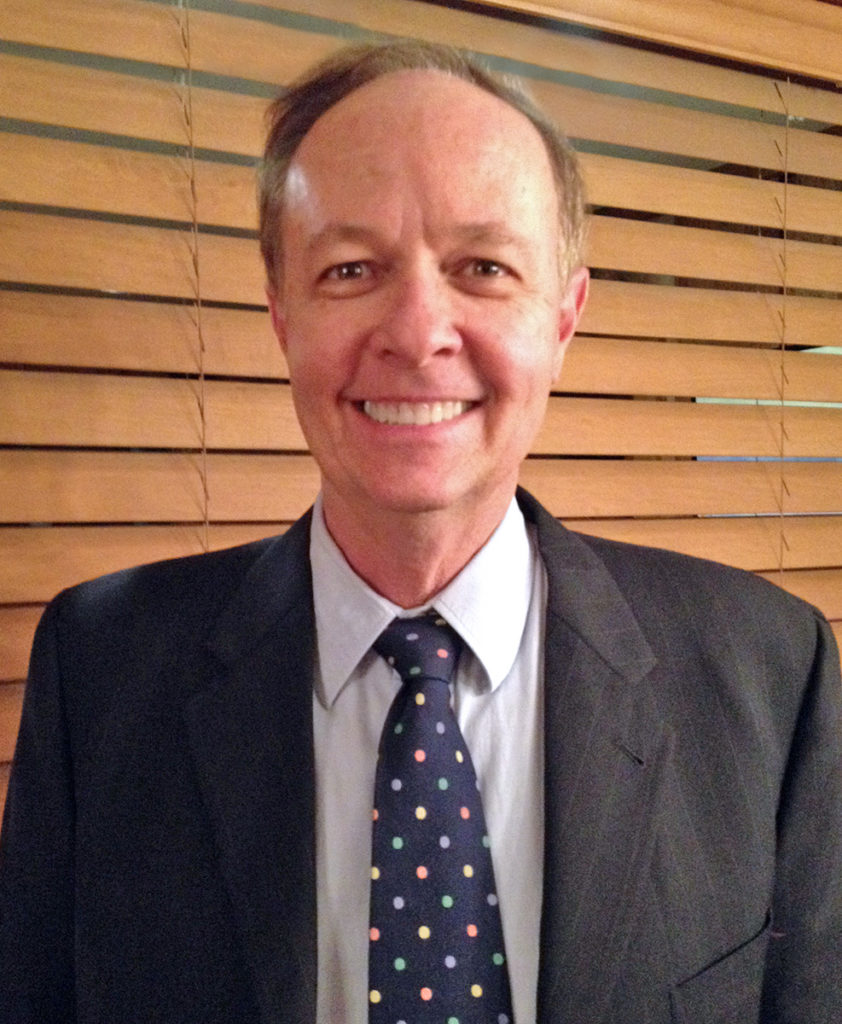 Bruce Edward Burris, 65, died on April 28, 2018, surrounded by family, after a challenging illness. He will be remembered as a fun-loving, intelligent thinker with a gentle spirit.

Bruce was born to N. Jack and Alwilna (“Willie”) Burris in Lawrence, KS on September 21, 1952 where he was raised in the city of Lawrence with his elder sister, Shirley Burris Henson. He grew up an avid sports fan, reading Sports Illustrated magazine cover-to-cover since its first issue when he was 12 years old. He was particularly fond of the most popular basketball team in town” the Jayhawks of the University of Kansas.

He attended the University of Kansas and earned a Bachelor’s degree in Civil Engineering in 1974. While in school, he met and married his wife, Debra (“Debbie”) Lee (Duling) Burris in 1973. Both civil engineers, they worked in Kansas City for a brief time before moving to California for graduate school. Bruce and Debbie graduated from Stanford University with Master’s degrees in Environmental Engineering in 1977. They moved to Orange County, California where Bruce lived for the next 41 years, working as a consulting engineer on a wide variety of projects to manage wastewater and create clean drinking water. Bruce and Debbie had two children, David John and Erin Michelle Burris.

In lieu of flowers, the family requests donations in memory of Bruce be sent to:
ALS Association – www.alsa.org
The Association for Frontotemporal Degeneration – www.theaftd.org