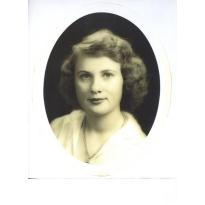 Leard, Brigitte M., 75 years young, passed away on November 12, 2009. Born December 21, 1933 in Paris, France, of a French mother and an American father. Raised in war-torn Paris, she was the oldest of six children. Brigitte attended Catholic parochial school as a young girl. She moved to Southern California in 1955, married in 1955 and lived in Huntington Beach for 46 years. Surf City was her home. She loved raising her family, entertaining, cooking and gardening. She placed little value on material wealth, but instead, devoted herself to the living, especially those struggling under the weight of difficult challenges.

She leaves behind a son, Edwin Jr. of Laguna Hills, and three daughters, Genevieve Gigi of Aliso Viejo, Martine of Laguna Niguel, and Dominique of Aguanga, CA. She is also survived by 10 grandchildren and one great-grandson.