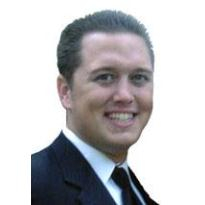 Brent grew up in Lake Forest where he attended Aliso Elementary School, Serrano Junior High and El Toro High School. Brent number 23 started at cornerback and was a two-year letterman on the El Toro Varsity Football Team. He helped his team win CIF in 1995 as well as being an All League selection at his position.

After graduating from El Toro, Brent attended Saddleback College and then transferred to California State Fullerton and graduated with a Bachelor of Science in 2001. After graduating, Brent got his first job with GreenPoint Mortgage in Santa Ana as a Broker Service Representative. Brent’s intelligence, work ethic, charm and quick wit helped him climb quickly to an Area Manager within the company in four years. Recently he was in the top one percent of his peers in sales and in the running for President’s Club.

Brent was always the life of the party, made many friends wherever he was and could light up a room with his wonderful smile. We are grateful for the memories, laughter and love we all shared for Brent’s 27 years.