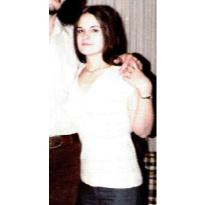 Brenda was born on May 15, 1959 in Cleveland Ohio. She moved to Calif. at the age of 5 with her parents and her sister. The youngest brother joined the family later. The family moved a lot, but stayed mostly in Orange County, CA. She started working at age 18 for Bivar, Inc. first in Santa Ana until the company moved to Irvine. She worked there for approx. 28 yrs. We lost our mom in 2007 and Brenda never fully stopped grieving over her loss.

Brenda my little sis went to be with the Lord and our parents on May 21st, 2010 at 5:20 P.M. She had suffered cardiac arrest on May 17th two days after her 51st birthday and was deprived of oxygen to the brain. She was in a coma for 5 days until she was taken off life support due to lack of brain activity.

Brenda is survived by her older brothers Ken of AZ, Ron of OH, Jerry of CA; her big sis Sandy of CA; three sister-in-laws and a brother-in-law; four nephews, two nieces, their spouses and their children. She is also survived by her Uncle Clifton, Aunt Hazel and Aunt Lucille, many cousins and many friends who loved her dearly. Brenda was a beautiful baby, little girl, young woman and then adult woman. She was also one of the kindest, most generous people we’ve ever known. She will be missed dearly by all that knew her.

In lieu of flowers, please make a donation to the American Heart Assoc. in Brenda’s name or to your favorite charity.