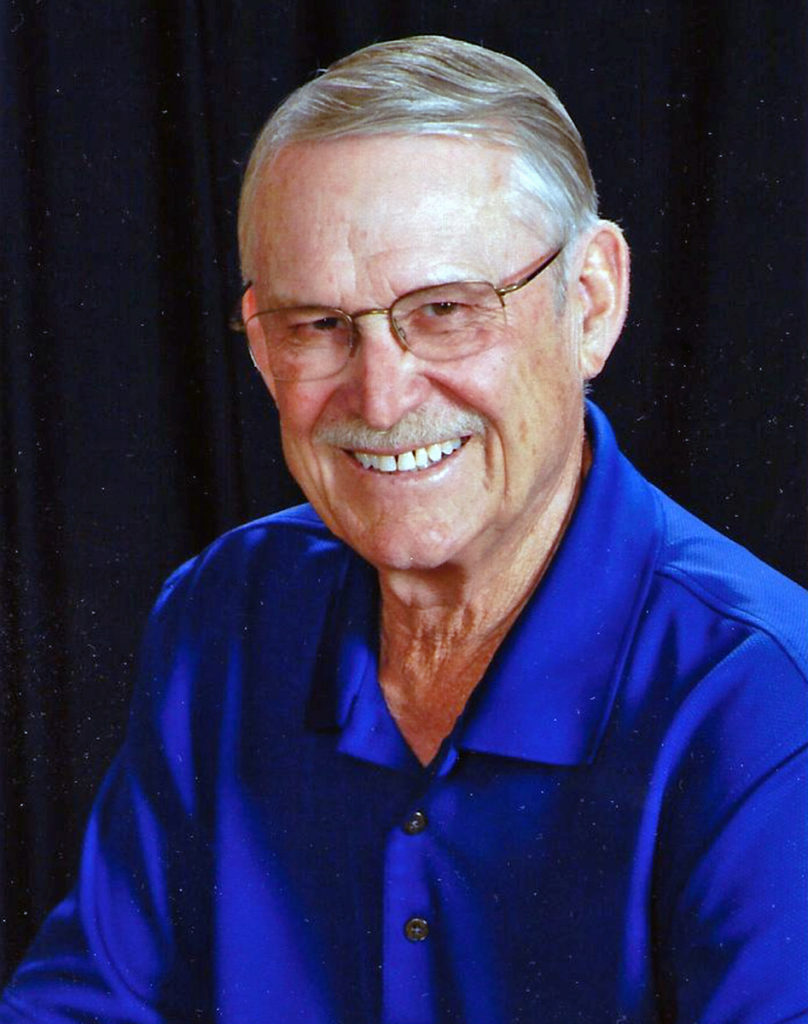 It is with great sadness that on March 10, 2018, Bill White, loving husband, father, brother and grandfather, passed away at the age of 85. Bill will be remembered dearly by his wife of 60 years, Ruth, and their children, Steve, Scott (Molly), Mark (Alyssa), grandchildren, Kyle, Lauren, Brooke, Joe, Emma, Chase and Brenden.

One of six kids (Kenneth, Buck, Jerry, June, Ruby), Bill was born in Naples, Texas, raised in Josephine, Texas, and is a veteran of the Korean War. He met his wife in Santa Barbara and graduated from University of California, Santa Barbara. They raised their family in Santa Barbara while Bill worked as a Vice President for a large manufacturing company.

Bill had a passion for traveling, coaching, and spending time with his children and grandchildren. He traveled to six continents and to over 50 countries over his life, always enjoying learning about new landscapes, cultures and languages. He endlessly coached his children in sports during their days growing up in Santa Barbara. After moving to San Clemente with Ruth in 2002 to be closer to his grandchildren, he was known by all for his dedication to attending almost all of their sports games, basketball, volleyball, karate and baseball, up until his last day, sometimes traveling seven days a week. He hiked 4 miles every day around Talega and along the San Clemente beach. He never lost his country charm or southern accent. He was a selfless soul, focused only on caring for his family and friends…we love you Dad and Papa, you will be deeply missed.

The family will receive friends to celebrate Bill’s life at the Talega Gallery Community Association in San Clemente on Saturday, March 17th at 11am: 22 Calle Galeria, San Clemente, California, 92673.

In lieu of flowers, please donate to the United Boys and Girls Club of Santa Barbara County: www.unitedbg.org