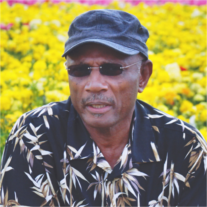 Billy, or Grand D, as he was known to his grandchildren, was a loving husband and father. He was born on February 6, 1936 in Freestone County, Texas. He was one of 12 children born to Ottis Lewis Sr. and Ever Jones-Lewis, who are both waiting for him in Heaven.

After graduating from Butler High School in Oakwood, Texas, Billy joined the United States Air Force and served during the Korean Conflict. During this time he met the love of his life, Rachael Ann Norton. While they were both serving our country, they married on January 31, 1958.

Billy began working in a machine shop where he was able to hone his analytical skills. The chance to work at Hughes Aircraft came his way and he took full advantage of the opportunity. Billy earned an AA degree from Los Angeles Southwest College where he was on the Dean’s list every semester. He transferred to California State University, Dominguez Hills and earned a BA in Business Administration. These degrees allowed him to be promoted to a Quality Control Supervisor and later a Manager of Quality control with Raytheon, a position he held until he retired in 1991.

Billy loved jazz music and you would often hear it playing throughout the house. He had a love of photography and spent the latter part of his life traveling locally taking pictures. As his grandchildren grew, he was often in the background of their events capturing them enjoying their lives. He was most fond of spending time with family and friends telling stories and offering anecdotes.

In between his bouts with cancer, Billy was helping others. If family and friends needed some assistance or advice, Billy would graciously open his doors to help. When his oldest daughter, Rochelle, suffered an aneurysm in April 2015, Billy spent most of his time assisting with her rehabilitation. The countless hours he spent at her bedside were not in vain. Rochelle’s recovery is steadily making progress and she will be forever grateful for what her Dad did for her.

After a full and complete life, Billy passed away peacefully on February 21, 2016. He was preceded in death by his mother and father; and brothers, Lloyd Edwin Lewis and Ottis Lewis, Jr.