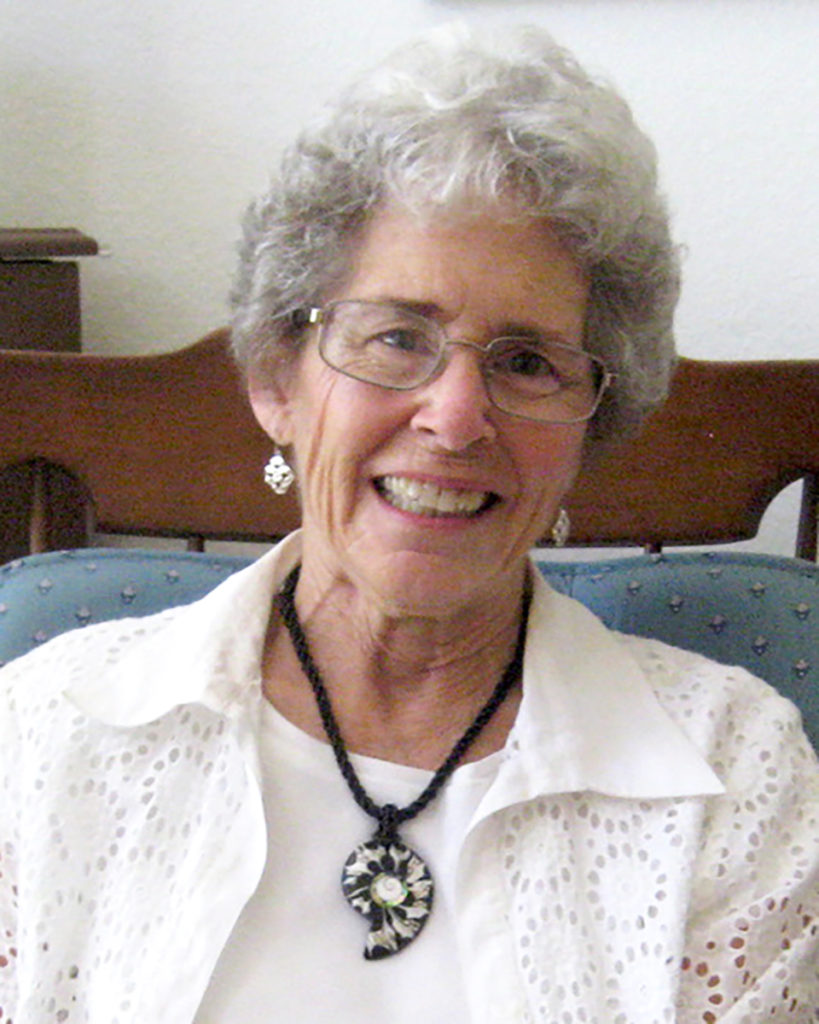 On Wednesday, May 12, 2021 Beverly Brown Peace passed away at her home in Lake Forest, Calif., which she shared with her husband, Rev. Dr. Philip Peace. She was 83 years old. Despite the many physical challenges associated with spinocerebellar ataxia, she persevered courageously and outwardly focused her energies on her friends and family. She will always be an inspiration of a life well lived.

Beverly was born on February 8, 1938 in Richmond, Virginia to Rev. James and Mildred Brown. Because of the itinerancy of Methodist ministers, she lived in a number of places, but always held Williamsburg as “home.” It was there that the ethereal sounds of the William and Mary choir could be heard from the parsonage next door. Later in life, Bev developed a slide-lecture program on life in Colonial America which she presented in costume to many elementary schools during their study of early American history.

She earned a B.A. degree from Westhampton College and a Master of Religious Education from Duke Divinity School where she met her first husband, Rev. J.P. Floyd, Jr. They had their two children during J.P.’s first appointment to Trinity United Methodist Church in Tallahassee, Fla. She devoted much of her time to the Methodist Women and the Parent-Teacher Association. Through the League of Women Voters she chaired the Juvenile Justice Advisory Committee of Polk County. For escapes, the family spent many hours paddling their canoe down some of Florida’s beautiful rivers.

After J.P.’s death in 1978, Beverly became first Assistant, then Dean of Women at Florida Southern College in Lakeland. In 1980 she married Phil and moved to Mission Viejo, Calif., where he was serving Shepherd of the Hills United Methodist Church. (As a child she vowed not to marry a minister to avoid living in the fishbowl of a parsonage, but then went on to do that very thing twice!)

While in Mission Viejo, she volunteered with English literacy programs and was employed to her great delight as an assistant in the county library system. When Phil retired, she volunteered for Habitat for Humanity and they started and chaired a new chapter of Parents and Friends of Lesbians and Gays. They loved California and took great delight in exploring the state.

In lieu of flowers, donations may be made to:
UMCOR
458 Ponce de Leon Avenue NE
Atlanta, Georgia 30308
www.umcmission.org