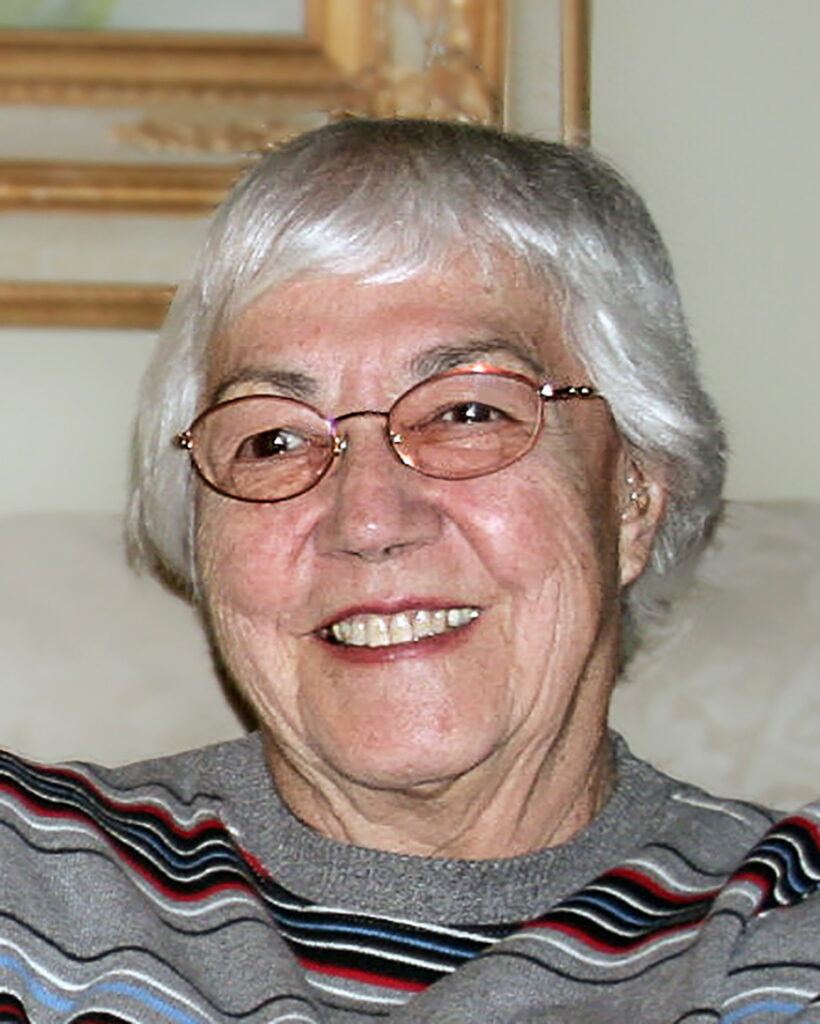 Beverly Thornton, 97, beloved mother, grandmother, great-grandmother and friend, passed away peacefully in her sleep on Saturday, July 16, 2022.  She will be greatly missed by all who knew and loved her.

She was born on September 22, 1924, in Ashtabula, Ohio, where she also grew up.  After graduating from Edgewood High School in 1942, she moved to Dayton, Ohio to work in the Signal Corps Office at Wright Field, and there she met her future husband, Lt. John James Thornton III.  They married in 1943 and moved after WWII to West Los Angeles, CA where they raised four children:  Michael Thornton, Edward Thornton (wife, Lupe), Kerry Schmidt; and Patricia Lundeen (husband, Greg), who gave them six grandchildren, thirteen great-grandchildren and four great-great-grandchildren.  Bev and John moved to Casta del Sol in Mission Viejo in 1995.  They were married for 64 years until his death in 2007.  Their sons, Michael and Edward, predeceased Bev.

Bev was a stay-at-home mom for many years and joined the PTA at her children’s elementary school, becoming friends with both teachers and administrators while supporting and helping them.  Later she worked as an automobile underwriting supervisor for Pacific Auto Insurance Company where she was employed for 24 years.  Always looking for ways to benefit her family, she found jobs there for her son, Edward, for her two daughters, Kerry and Pat, as well as for some of their friends.

Bev, along with John, was very active in the American Legion Community Post #46 in Culver City, CA.  She served as president of the Auxiliary from 1953 to 1954.

Reading, travel and sports were among Bev’s interests.  She and friends were part of a bowling league for several years, and her team took first place in 1995.  At Casta del Sol she was also part of the lawn bowling team.  She enjoyed spectator sports as well, especially baseball.  She was avid Dodger fan from the time the team arrived in Los Angeles and remained loyal even after she moved to Orange County.

But what brought Bev the most joy was seeing her family and friends come together in small or large gatherings to celebrate birthdays, holidays and special occasions.  She was delighted by the children of each generation as she held them and watched them grow.

Her faith journey began early in her life, influenced by her parents’ Christian beliefs.  She attended a youth group at the Presbyterian church in Ashtabula and continued to attend church regularly throughout her life, living out her faith by serving God and others in love and by taking her children to Sunday school to give each a foundation in Jesus Christ.  In 2003, she and John became members of Presbyterian Church of the Master in Mission Viejo where a memorial service will be held for her on Saturday, September 10 at 2PM.

In lieu of flowers, donations may be made in Bev’s name to AbleLight (formerly Bethesda Communities) at ablelight.com or to Presbyterian Church of the Master, 26051 Marguerite Parkway, Mission Viejo, CA 92692.

Presbyterian Church Of The Master