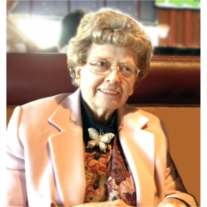 Betty Vines Diesen, 89, of Irvine, died peacefully in her own home on April 19, after a lengthy battle with Alzheimer’s disease. Betty was born and raised in Many, Louisiana.

After completing Many High School at age 16 she attended finishing school at the Gulf Park College for Women in Gulf Port, Mississippi. She then earned her bachelor’s degree in Education from Louisiana State University in 1948. After graduating from USC with a master’s degree in Library Science she proclaimed she was never moving away from the beautiful climate of Southern California. Betty met and married Norwegian immigrant and professional artist, Rudolf Ragnvald Diesen, in 1953. She stayed home to raise their son, Frederick Van Diesen, and daughter, Nannette Elizabeth Diesen.

In 1968 she returned to the work force at the Whittier Public Library and was soon promoted to Head Librarian of the Whittwood Branch Library. After her retirement in 1994, she continued at her beloved library working part time as a reference assistant until the age of 80. Betty will be missed by her circle of library friends where she was known for her vivid and enthusiastic storytelling.

Throughout her life she was active with the American Association of University Women, Soroptimist International Club of East Whittier, Alpha Delta Pi Sorority Alumni, and the Daughters of the American Revolution – Caleb Gilbert Chapter/Katuktu Chapter.

She is preceded in death by her husband Rudi, son Fred, and sister Catherine Vines Davis. She is survived by her daughter Nan Diesen-Ng (Ray Ng), granddaughter Amanda Diesen (Todd Krieg), and grandson Aric Diesen.

Services will be held graveside in her hometown at the Many Cemetery on Friday, 5/5/17, at Noon.

In lieu of flowers please consider donating to: The Friends of the Whittier Public Library (Hodge Foundation) at 7344 South Washington Ave, Whittier, CA 90602 or The First United Methodist Church of Many at PO Box 1210, Many, LA 71449 or a charity of your choice.