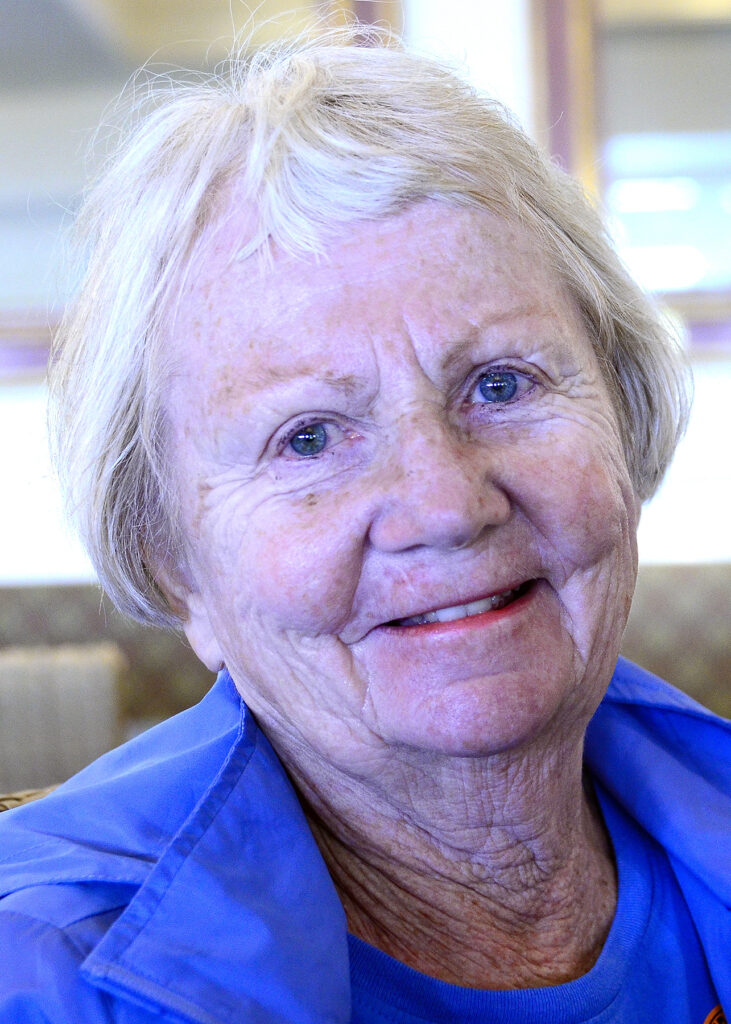 Betty Jeanne McClintock passed away on June 24, 2022 at the age of 89 in Costa Mesa, California.

Betty Jeanne was born near Williamsport, Pennsylvania on November 4, 1932 to Mary Elizabeth Spotts and Miller Vance McClintock; she was their only child.  In 1950 she graduated from Williamsport High School and later received an associate degree from Southern Seminary in 1952.  She was a longtime resident of southern California, having first moved to Arcadia, CA in 1957 and later to San Diego in 1961.  She was a library assistant at the University of California, San Diego Library for thirty-two years, retiring in 1995.  She never married and had no children.  She is survived by a cousin, James Colocino of Irvine, CA and numerous other cousins.

To her parents and other family members she was always Betty Jeanne, but to her friends and coworkers she was simply BJ.  She took art classes and enjoyed drawing and sketching.  Her subjects were usually animals, particularly giraffes.  She was a lifelong baseball fan, initially for the Dodgers and later the Padres.  For many years she was a Padres’ season ticket holder.  Her favorite color was blue.

BJ loved to travel, Mexico was a favorite destination and she visited there often.  She also traveled to Italy, France, and the British Isles.  Her traveling companions were always one of her many friends.  She had a wide circle of friends, most of long duration.  Those friends will miss her smile, enthusiasm, and good cheer.

BJ requested cremation and to have her ashes scattered at sea.