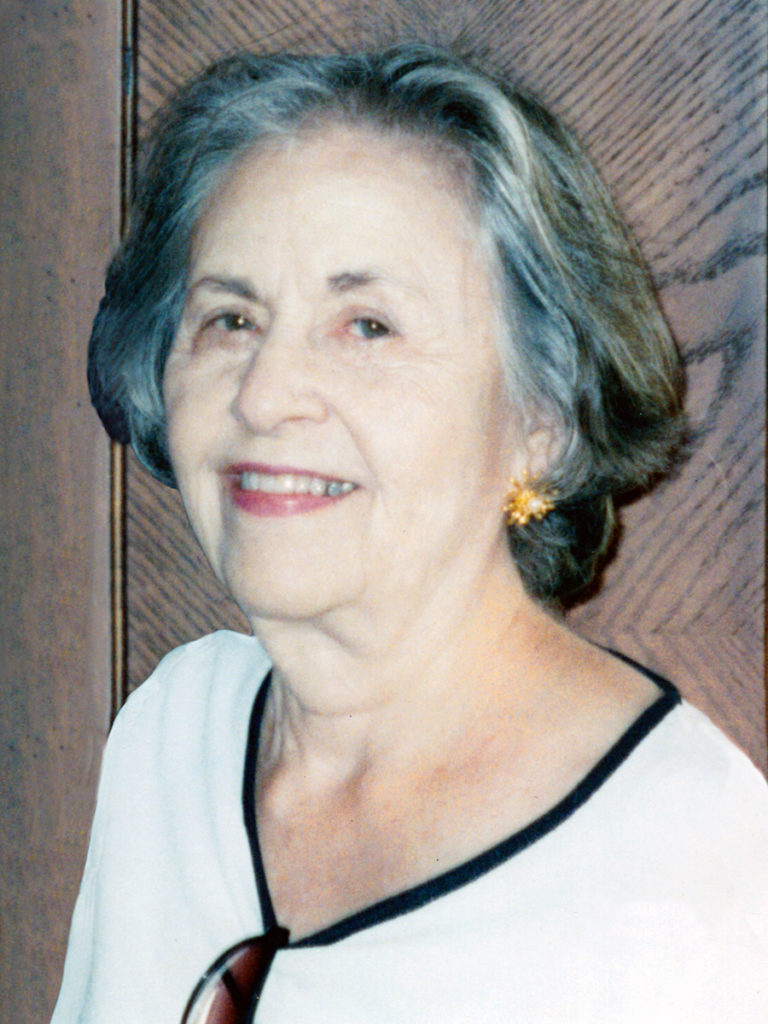 Mom was born in Sweetwater, TX, in 1929.  So she grew up during the Depression, and then World War II. She endured so much, and grew stronger in spite of the hardships.  Bettie was small in stature, but had a huge heart and a feisty strong character.  People would call her “Little Bit” and “BB”, because those were her initials, but also because she was small.  She never liked her middle name, so one day she just changed it to Michelle.  Soon after high school, she moved to Fort Worth, TX, as that was the “Big City” compared to Sweetwater. There she spent time with her sister Mildred and Mildred’s kids.  While in Fort Worth, she met Francis D. Wagner, Jr.  They were married April 27, 1951.  She called him “Wag” or “Francis D”, depending on what was happening at the time.  They had two sons, Rex and Grant.  Mom spent most of her time raising us, as Dad traveled a lot for his job as an electronics engineer.  She would say that she was alone a lot, but not lonely.  She would do anything for her family.  Dad’s job also required us to move frequently.   No matter where we lived, Mom always sang in the church choir and found the local repertory theaters to sing with and design costumes for. She kept pursuing her life-long love of art, music and costume design.  She loved playing piano, singing in choirs and musicals, and constantly listening to all types of music.

Mom studied at Centenary College in Louisiana, and later at Fashion Institute of Technology and SUNY Stony Brook, both in New York.  She earned her Bachelor’s Degree when she was in her 40’s.   Later she moved to California by herself to pursue costume design, even with no job and a limited budget.  She kept pushing to achieve greater knowledge and accomplishment in the field she loved.  She had a particular fascination for hats.  She studied millinery design and worked for years on writing a book about the history and making of hats.

Friends and family have remarked how she was always smiling and laughing, with a positive attitude and great sense of humor.  My cousin Sue remembers how they would see her a lot in those early years in Fort Worth.  Mom stayed at the YWCA and found work where she could, working at a café for a while where Mildred and the kids would go to eat and see her.  Sue admired Mom’s neat shoes, and Mom would always have time to talk shoes with her.  My cousin Dixie said she had no idea what Mom’s “mad face” looked like, because she was always smiling.  She had a very close relationship with her sister Mildred.  They called each other “Istershay” and spoke often, even when living thousands of miles apart.

I remember as a kid listening to Mom play piano and sing at home. When she wasn’t playing, she was always playing music on the radio or from her collection of records.  Sometimes I hear a standard jazz song and think, “I’ve heard this before”.  Then I realize I heard it when Mom was playing it all those years ago.  She passed along her love of music, and I have passed it on now to her grandchildren.  In fact, her legacy continues through all the thousands of children I continue to teach music to.

She also loved painting and sketching, and left behind some of her works of art as a remembrance of her artistic talent.  She was the one who motivated the family to go to art museums wherever we lived at the time.

Mom loved to travel and see new places.  Our family vacations when we were small were all driving around the country, to visit relatives and friends, and to see amazing places in this great country.  I remember Carlsbad Caverns, Pike’s Peak, The Alamo, Niagara Falls, the NY World’s Fair, the Ford plant in Michigan, and countless other places that we visited. After we moved out, Mom and Dad were traveling a lot, as he had earned a gazillion frequent flyer miles.  They went to Alaska, Hawaii, Thailand, and places all over the world.  After Dad passed, Mom still travelled, to Egypt and other places, partly for research for her book on hats, but I think mainly because she just wanted to see the wonders of the world.  She took me to Europe where we experienced museums in Spain, famous landmarks in Venice and Rome, and Oktoberfest in Germany!

So Mom, you definitely lived life to the fullest, you gave it your all.  All of these things made you precious.  We weren’t ready for you to pass, but I think you were ready.  You can now rejoin your beloved husband and sister.

We love you Mom.  God bless you.  Rest in Peace.