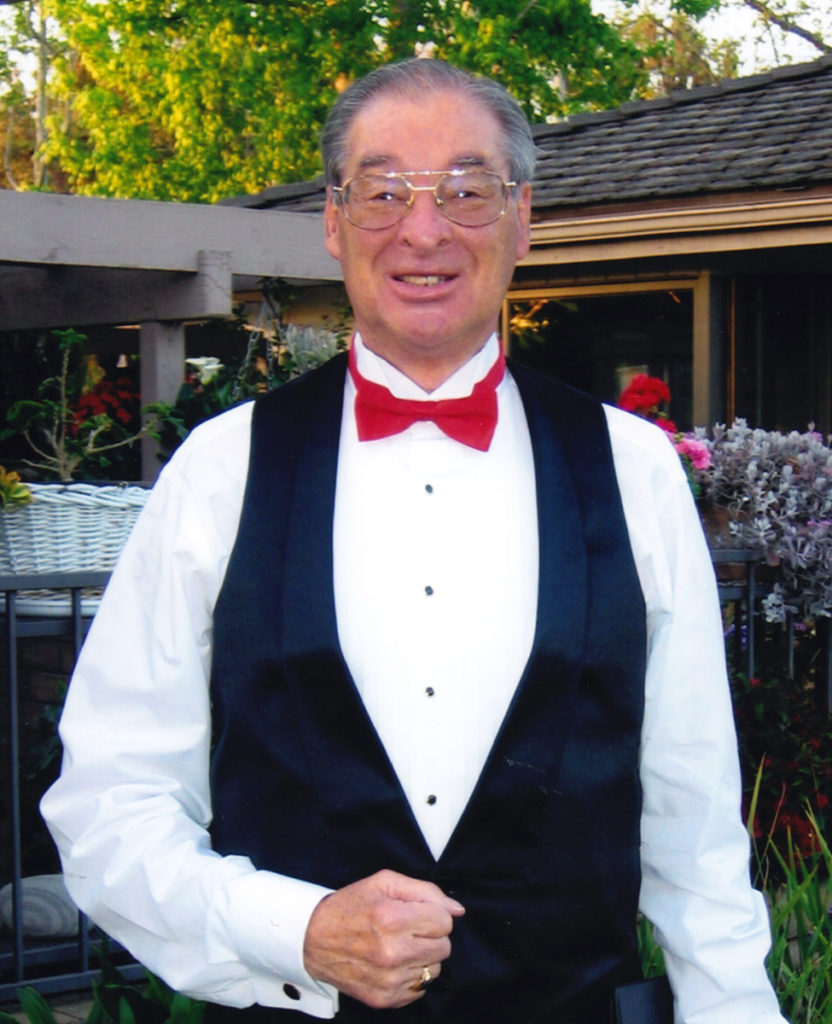 Bertrand was born in Pawtucket, Rhode Island, to Raymond and Irene Dumais and enjoyed growing up in New England.  Later, his family moved to California where he attended and graduated from Compton High School.   Growing up speaking both English and French and having a unique ability to master languages, the Air Force designated him to a team of specialists to learn and master the Korean language during the Korean Conflict.  After his service in the Air Force, Bert returned to California, married Gloria Collins and attended the University of Southern California and graduated with a Bachelor of Arts degree in political science.

Bert and Gloria were blessed with three beautiful children, David, Denise and Danielle.   While the children were growing up, Bert worked as a business consultant and helped many companies become more efficient businesses.  He enjoyed owning and running a restaurant and a health food store.  Later in life, he discovered accounting and realized that he loved to work with financial data, and accounting systems.  He attended California State University, San Bernardo and earned a post graduate certificate in accounting and worked as an accountant, auditor, and controller and in other financial positions.

In 1990, Bert married Louise Arvizo and became a step-dad to her daughter, Lily.  In 1998, he retired from the United States General Accounting Office and decided to reinvent himself.  That’s exactly what he did.  Music and singing were always some of his great loves, so he took advantage of being retired and enrolled in music classes, studied musical history, took piano lessons, took voice lessons and joined a local choral group.

When Bert and Louise were both retired, they moved to San Juan Capistrano and Bert continued his musical endeavors, singing in a local choral and diligently practicing piano and ukulele lessons daily.  He also became very involved in his homeowners association and applied his financial and organizational skills to increase the efficiency of the organization.

Having always had a great love of the Greek Orthodox Church, he joined a small group of like-minded parishioners, and they worked very hard to develop a church in San Juan Capistrano which eventually became St. Basil Church.  Bert loved chanting for the church and he studied Greek every day so that he could read, write and speak Greek without an accent.  The church became his home.  Its teachings, the love of Jesus Christ and the people of the church were a great support to him as his muscular dystrophy began to take a toll on his mobility and general activity.  He never lost his sense of gratitude, honesty and compassion for others even as he got weaker physically.  His passing is mourned by many who are sad but grateful to have been part of his life and to have had the opportunity to love him as a wonderful husband, father, brother, grandfather, great grandfather and friend.

In lieu of gifts please give a donation to Saint Basil church.