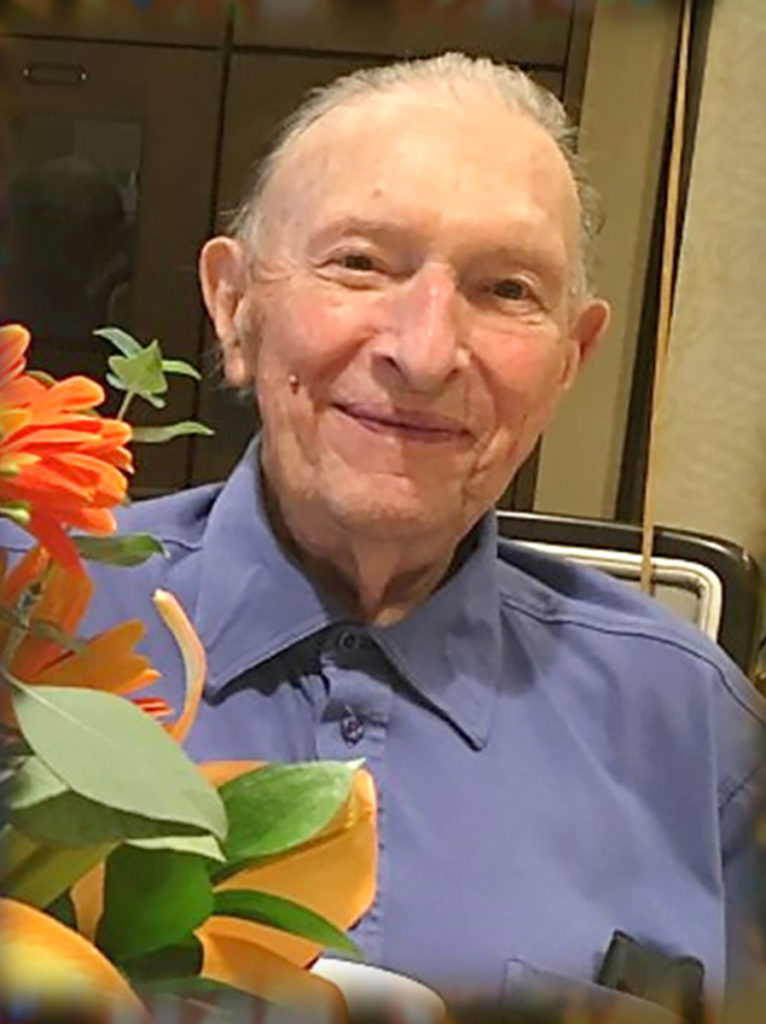 Bernie lived most of his earlier years in Lyndhurst, NJ, attending Lyndhurst High School from 1941-1944. At age 17 1/2, he enlisted during WWII in the US Navy serving 18 months. His time was spent predominantly in the Pacific Theater on the escort carrier The USS Bogue. He traveled to the Aleutian Islands, the Philippines, Guam, Saipan, Okinawa and Tokyo Harbor. Bernie left the Navy as Petty Officer 3rd Class and completed his high school equivalency degree. He received an AA from Fairleigh Dickinson University in 1948; a BA from Rutgers University in 1951; and a PhD in analytical chemistry from Rutgers University in 1965. The American Academy of Sciences inducted him as a member in 1957.

Bernie’s work history from elementary school through junior high included running bananas to people’s homes off a horse and buggy; delivering by foot prescriptions, groceries and telegrams; emptying furnace ashes from the local Catholic church; helping a pigeon racer with his birds; and knocking down piles of garbage at the Lyndhurst Dump.

During high school years, Bernie tested products at The Automatic Winding Company which made coils and transformers for B-29 bombers. He dropped out of high school to work full time in a machine shop that made tools for the US Army, but enlisted 3 months later in the US Navy.

After the Navy, Bernie, while finishing his high school equivalency and pursuing college credits, would work for a pharmacist; for Hatco Chemical Company; and in 1951 for Hoffman LaRoche, where he began a long career starting in research then becoming an assistant vice-president of analytical research and quality control followed by assistant vice-presidency of pharmaceutical operations. He would receive 3 patents while working at Roche. In 1977, he moved to Alcon Labs in Fort Worth to expand their manufacturing operations as corporate vice-president. Bernie retired in 1989.

Bernie is survived by his beloved wife of 68 years Anna (nee Eliseo) Senkowski; their loving children Bernard Senkowski and his wife Amanda, and Andrea Senkowski and her husband Dean Barclay; dear sisters Laura Esposito and Irene Gramlich; and cherished grandchildren Andrew Senkowski and Kari Barclay. Bernie was predeceased by his brother Thaddeus Senkowski and sisters Barbara Currens and Cecelia Smiley.