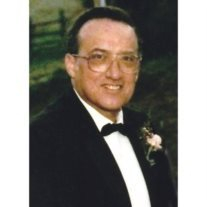 On September 2, 2014 at 8:30 p.m., our beloved father, grandfather, brother and best friend, Benito Anthony Sanchez Sr., passed away. He had accepted Christ and the blessing of the Lord on his soul in the early hours of that same morning.

Benito fought a courageous battle against congestive heart failure to which he ultimately succumbed. He was surrounded by his brothers, children and grandchildren on the day of his passing. His final hours were complete with hope in his heart, a smile on his face and even a charming wink in his eye. This was signature Ben. He was 79 years old and his final words included ‘I lived a great life”, ‘I’m going to go be with your mother’, and ‘I want to go home’.

Born on January 30, 1935 in Manati, Puerto Rico, Ben was a proud Puerto Rican. If you didn’t catch his pride for his heritage in conversation, his car adorned with Puerto Rican paraphernalia or the gigantic oversized flag of Puerto Rico waiving proudly from his serene retirement community balcony drove the point home. Born to Paula Rosado and Juan Sanchez, he was the second of 5 boys: John, Ben, Jim, Lou and David. He later moved with his family to the Bronx where he was subsequently raised and graduated from one of the most esteemed and accelerated ‘acceptance only’ private institutions in the nation: Stuyvesant High School. A true New Yorker, Ben quickly learned how to live life ‘In a New York Minute’, as Ben was always on time. He was never late. Never. And with this, his family knows his passing was timely. He must have known he had a Divine appointment and left on his terms. On time.

Ben’s professional career was solid, having served as the Data Information Services Manager for the Department of Water & Power. He dedicated 35 years of loyal service to the City of Los Angeles and considered DWP (and all who worked there) his second family. In fact, he met the love of his life, Irene Blanco Sanchez, at DWP on a Monday morning and proposed to her Friday that same week.

Ben and Irene had quite a life together. They travelled the world including, but not limited to, Egypt, Greece, Israel, Jordan, Mexico, Canada, Thailand, Europe, Central America, Australia and all of South America. They cultivated a life of love and hosted many holiday parties and family get-togethers throughout their wonderful 38 years of marriage. Those who knew Ben know one thing: Ben loved his family. And he was our rock.

As if a full-time demanding career wasn’t enough, Ben was an astute real estate professional for over 40 years where he was able to combine his business acumen with his passion for helping people. His work enabled dozens, if not hundreds, of people to realize their dream of home ownership over the course of his life. His work will never be forgotten. In addition to real estate, his passions also included traveling, deep-sea fishing, old westerns and black and white classic films. He loved Poker and you could be certain to lose your hand to Ben if you were foolish enough to sit at his table.

1 responses to Benito A. Sanchez