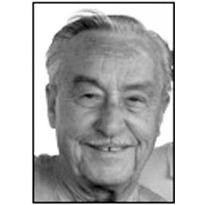 Ben Wesley Caskey, Jr., born in Lohn, Texas on February 12, 1924; moved to California in his childhood and in later life was a resident of Mission Viejo for nearly twenty-five years, passed away on June 5, 2011. Ben is survived by his son Don Caskey and his wife, Susan, of Laguna Hills; grandson Darren Caskey; granddaughter Megan LeFevre and great-granddaughter Mya. He is also survived by Bradley and Christine Delp, his step-grandchildren. In September of 2001, he was predeceased by his second son, Greg Caskey.

Ben came from a family of eight siblings, five brothers and 3 sisters growing up in rural Central California. He joined the Navy just prior to Pearl Harbor and served with distinction through the war in the Pacific.

He was an avid fisherman, cribbage player, who loved and was loved immensely by his family, and survived the passing of his wife of 43 years, Carol Caskey, 11 years ago. ‘Arm and arm they will walk again together.’

Services will be as follows: