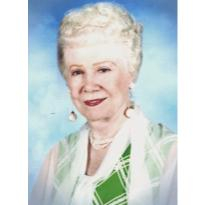 Her love of travel led her to a profession as a Travel Agent. She also accompanied her husband, after his retirement from the airline as he flew around the world with ORBIS organization, training doctors in third world countries to perform modern eye surgery. She had a lifetime love of travel. Beatrice lived her life as a constant role model and example of how to live with grace and style. Her love is reflected by everyone she ever knew or met. Her generous heart and helping hands touched the lives of many.

Beatrice is survived by her husband of 63 years, James Frank Cowles. Life will not be as lively without her.

She is also survived by her brother Everett Erwin and his wife Jodie; niece Evie Jo Erwin and circle of friends around the world.