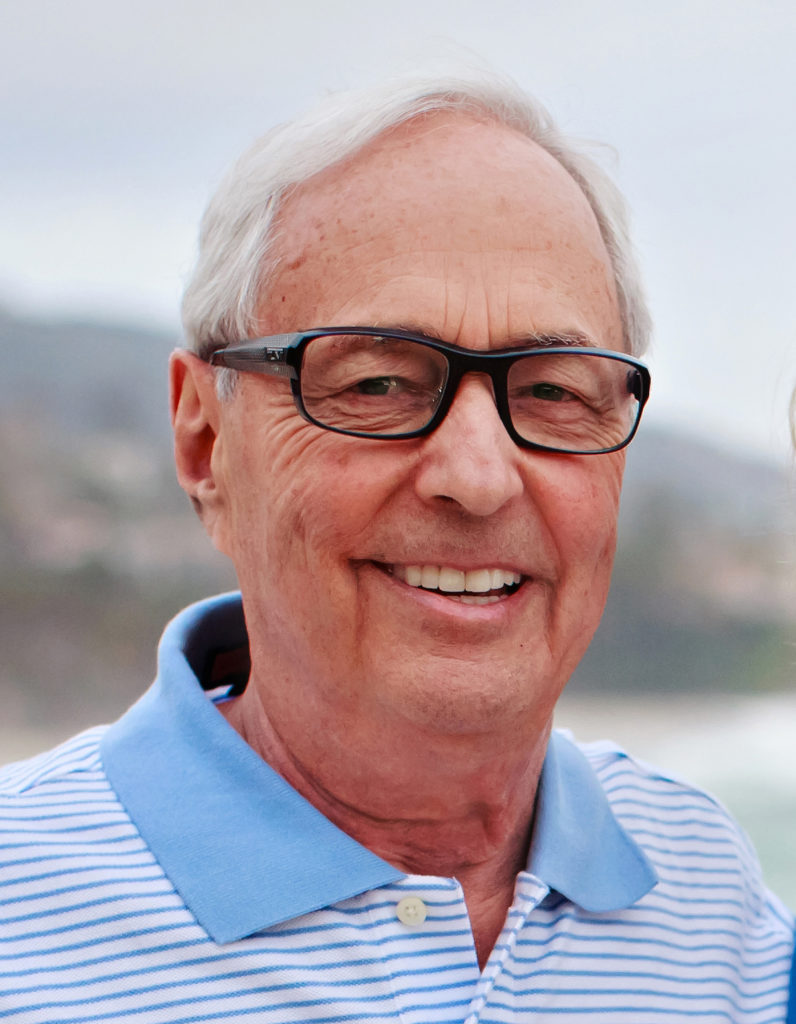 Barry died on March 9, 2018, surrounded by his family.  From his very beginning he was a gift to this world.  He was 11 weeks premature and critically ill, and he was given the then-experimental drug penicillin, which helped him survive and thrive and live a long, wonderful life.  Barry grew up with his sister Sheila in Binghamton, NY, where his parents, Morris and Rosalind, owned and operated the most elegant restaurant in town.  Barry attended The Gunnery School and Cornell University, where he graduated from the hotel school in 1961.  He served in the United States Air Force and spent much of his active duty in Korea.  He married his beloved wife Mary Margaret (Peggy) Spanier in 1963, and they spent the next 55 years as a devoted yet feisty couple worth anyone’s emulation.  Barry and Peggy had three daughters:  Trish, Beth, and Kate.  After leaving the Air Force, Barry embarked on a career in the hotel business which concluded in 2000 with his happy retirement and relocation to Newport Coast, CA.  During the next 18 years, Barry and Peggy fulfilled their dreams of worldwide travel, close family connections, and a relaxed California lifestyle.

Throughout his 79 years, Barry demonstrated incredible generosity, unrelenting optimism, and a gentle but sly humor that evoked instant loyalty and love from virtually everyone he encountered.  In another fateful event, he thwarted a heart attack at age 48, during business travel in Ohio, by admitting himself to a cardiac center in Columbus where he received an experimental drug called TPA and a new procedure called balloon angioplasty that cleared the clot in his artery.  To his family and friends, this was just another indication that Barry was meant to spend more time on this Earth, sharing his special brand of good cheer with more people who were lucky to know him.

Barry is survived by his wife Peggy, his daughters Trish, Beth, and Kate, and grandchildren Sam, Matthew, Jack, Maeve, Parker, and Bailey, along with sons-in-law, sisters and brothers-in-law, nieces and nephews, and multitudes of friends and neighbors who will sorely miss him.

A celebration of Barry’s life will take place at Our Lady Queen of Angels Church in Newport Beach at 11:00 a.m. on Friday, March 23.  In lieu of flowers, please consider a contribution to one of Barry’s three favorite charitable organizations:  St. Vincent Mission, World Vision, or Hoag Hospital Foundation.