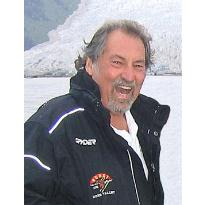 It is with a heavy heart we say goodbye to our husband, father, grandfather, brother, and uncle, Barry Brief. Barry ‘Bear’ Brief passed away in his home in Laguna Beach, Wednesday, March 3, 2010, with his family at his side. He died of Cancer at 68 years old.

To the community of Orange County and Laguna Beach, where he lived for the last 40 years, he was a successful businessman, entrepreneur and risk taker. To his family and friends, he was loving, generous, entertaining and inspirational. His motto was ‘work hard and play hard’ and he did just that. He was a voracious reader of non-fiction, a world traveler and proud liberal democrat. He loved bringing people together from different walks of life and he could captivate any crowd with his humor and storytelling. He was truly the ‘Life of the Party.’

He had a zest for life that was contagious. On a whim he took his entire family: parents, children, brothers, nieces and nephews on a trip to China in the 1990’s. He loved the Olympics and brought his family to the games in Los Angeles in 1984, Barcelona in 1992, Atlanta in 1996, and Australia in 2000. More recently, he took his entire family on wonderful cruises through the Panama Canal and Alaska. He also took care of his parents so they could live comfortably in their old age.

Barry was very fond of the arts and had a great appreciation for ballet, theater, artwork and music. He contributed to the original building fund for the Orange County Performing Arts Center, Irvine Barclay Theater and South Coast Repertory. You can find his name on the walls of these landmarks. He was also formerly on the Board of Directors for the Laguna Art Museum and donated an impeccably restored vintage Porsche, which was on display for a year.

Barry was a big supporter of many political candidates and various initiatives. He hosted numerous fundraisers at his home. He was personal friends with members of the Kennedy family and he organized and attended a peace march in Russia in the 1980’s.

Barry valued school and higher education. He encouraged his children, grandchildren, nieces and nephews to attend college and work hard. He brought the entire family together for all the graduations, celebrating each and every achievement.

Barry was born in Los Angeles on July 17, 1941, to Lilyan and Jerry Brief. He was the middle brother to Howard and Michael Brief. Barry attended Harrison Street Elementary School in Los Angeles and Lakewood Junior High School. He graduated from Millikan High School in Long Beach with his best friend, the late Phil Brandts. He was happily married to Karen Ward Brief, together for 19 years.

Barry graduated with a marketing degree from the California State University, Fullerton. He began his career in 1963 in the sales and marketing division of Kaufman and Broad. He was then named director of marketing and sales for the Larwin Company and, in 1970, was appointed national marketing director for Leadership Housing of Newport Beach and rose to division president in charge of western United States operations.

He left leadership in 1974 to form the Brief Corporation, which later merged with one of the largest builders on the east coast. Together they developed several residential developments in southern California during their five years together. In the 1980’s, he developed the largest mixed use commercial residential and recreational community known as Monarch Beach, on the Orange County gold coast, home of the Ritz-Carlton Hotel. Then in 1990 through the 2000’s he continued his involvement in development and ownership of mixed use commercial and residential properties throughout the United States and Canada. He remained active and working until the time of his death.

A private ‘Celebration of Life’ will be held at a later date with family and close friends. In lieu of flowers, the family asks donations be made in his honor to one of the following non-profit organizations: American Cancer Society www.cancer.org, The Friendship Shelter www.friendshipshelter.org, SchoolPower www.lbschoolpower.org, or Boys and Girls Club of Laguna Beach www.bgclaguna.org.

Life is not a journey to the grave with the intention of arriving safely in a pretty and well preserved body, but rather to slide in broadside, thoroughly used up, totally worn out and proclaiming, ‘Wow, what a ride.’ Thank you Barry for showing us how to live life to its fullest!