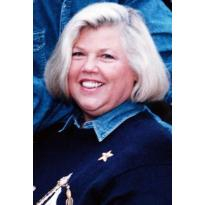 Barbara was born September 21, 1939 in New York City and passed away July 19, 2010 in Long Beach. Her’s was a rich life as nurse, mother of two fine sons and wonderful companion to Harry, her husband of 45 years. She graduated as a registered nurse from New Rochelle Hospital in 1960, worked in New York and moved with her retiring parents to Sarasota, Florida continuing her nursing career. She met Harry in 1964. They were married in February 1965 and shortly thereafter moving to El Paso, then to Albuquerque, and ultimately to Fountain Valley, California where they lived for 13 years; then on to Scottsdale for five years, returning to Long Beach in 1984. On the birth of Mike she became a full time mom and continued in this role until both sons were in college. She then returned to nursing and enjoyed supporting Dr. Jeffrey Podlas in Newport Beach helping bring new life into the world until her health problems forced retirement in 1995. Her long battle with cancer began in 1999, ending July 19.

Barbara is survived by husband, Harry, sons, Mike and Chris, and five wonderful grand children Shelby, Sydney, Tanner, Delaney and Brendan. Her vibrant personality will be missed by all those who knew her.

A celebration of her life will be held 2:00 PM August 8 at the St. Peter’s By-the-Sea Presbyterian Church, 16911 Bolsa Chica Street, Huntington Beach and will be followed by a reception for friends and family at the Long Beach Yacht Club.

In memory of Barbara, her family is requesting in lieu of flowers to please send donations to: