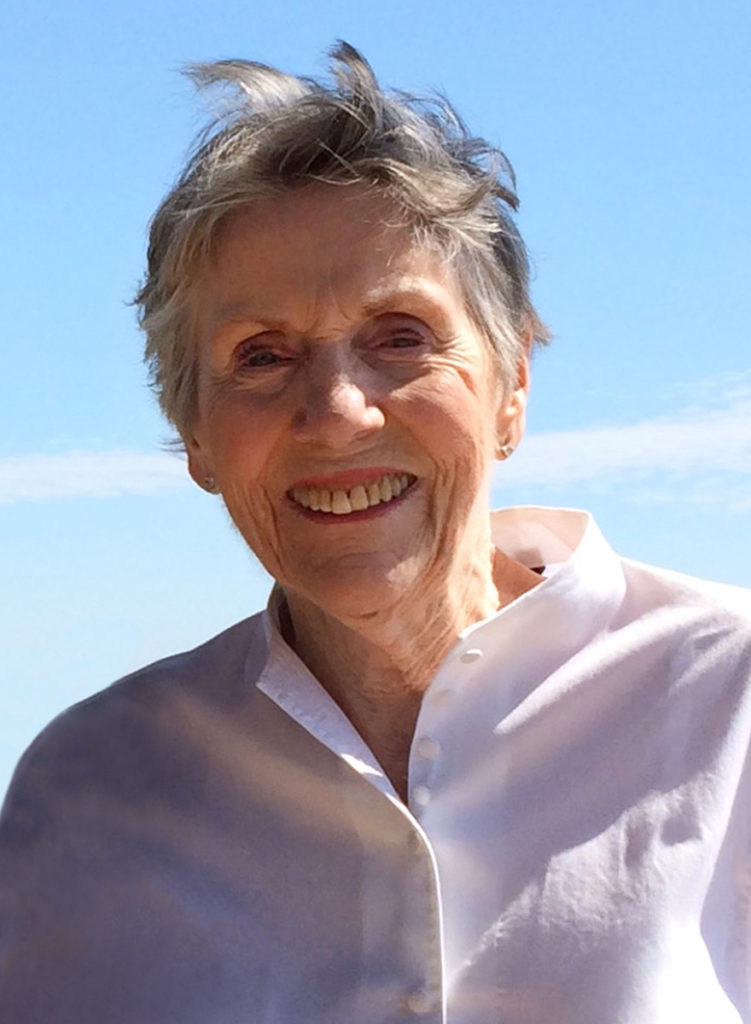 Barbara Loesel passed away in Newport Beach at the age of 89, from complications of the coronavirus. Born to Col. Albert Musgrove and his wife Marian, Barbara grew up an army brat in various locals around the globe from Haworth, New Jersey to Panama City, Panama. Because of family moves, she went to four different high schools, graduating from the Ursuline Academy of Dallas.

Throughout her life, Barbara had a unique ability to make things beautiful. She studied fine art with a focus on painting at Miami University in Oxford, Ohio, graduating in 1954. She brought this artistic sensibility to myriad endeavors” making her own clothes, decorating the houses she lived in, refinishing furniture, preparing gourmet meals, designing posters for philanthropic organizations. This passion undoubtedly inspired her children: one became an architect, another a fashion designer and a third a graphic designer.

While working as a draftsperson at the Sperry Gyroscope Company in Manhattan, Barbara visited her parents at Mitchell Field in Garden City, New York and was encouraged to attend a tea dance where she met the love of her life, Jack Loesel. Six months later, they were married, spending 65 loving years together and raising a family of four children” John III (Yvette) of Los Angeles; Anne (Bill) of Newport Beach; David of Los Angeles; and Andrew (Paul) of Mill Valley, CA. Barbara was known as “Gam” to her two beloved granddaughters, Katherine and Elizabeth. She is predeceased by two sons, John III and David.

After a honeymoon in Nantucket, Barbara soon found herself keeping the car warm while Jack went on sales calls from Kansas City to Cincinnati to New Orleans. The couple then moved to Cleveland, then back to Long Island, before switching coasts to settle in San Marino, CA in 1966, where they stayed in the same house for 22 years and were active in the local St. Felicitas & Perpetua parish, school events, boy and girl scouts, and swim team. In retirement, Barbara and Jack eventually moved to San Clemente, then Newport Beach.

While raising four children, Barbara also found time to volunteer at philanthropic organizations and the local hospital. She was a voracious reader, an excellent bridge player, hosting many events at her home, a tournament golfer, and an expert solver of the New York Times crossword puzzle. She and Jack travelled widely whether to visit children in France and Japan or together throughout Europe and China. Never one to miss a joke, Barbara was known for her boisterous laugh.

Barbara possessed a strong faith. Her story is a family story, one full of dedication, support, and love. A memorial mass will be held at St. Elizabeth Ann Seton in Irvine sometime in the Spring. In lieu of flowers, please consider a donation to the Ursuline Academy of Dallas.