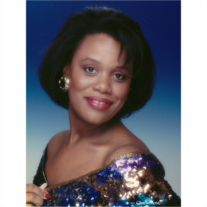 Barbara confessed a hope in Christ and was baptized at Greater Hope Baptist Church where she grew up in Santa Barbara, California.

In her youth, Barbara loved to travel. She belonged to a Blue Ribbon acappella Choral called Channalaire Chorus. They competed and traveled across the United States (Houston, Texas; Miami, Florida; New York, New York); England (Stratford-upon-Avon); Wales and Italy; Rome. They competed in New York, where they sang in Carnegie Hall! She later took a Biblical excursion to Israel, where she felt the Bible came alive.

She graduated from California State University, Long Beach in 1984 as a Registered Nurse with a Bachelors in Nursing and a Public Health Certificate. Barbara went on to work as a Medical Administrator for over 30 years, and worked at Kaiser Permanente for the last 17 years. She received numerous accolades for Outstanding Patient Care.

On March 8, 1997, Barbara united in holy matrimony to Melvin Carnell Lindsey. To this union, one child was born, Sarah Vaughan Lindsey. They resided in Orange County, California for over 20 years. Barbara was a devoted wife for 20 years and a loving mother. She provided love and dedication to all her family members and friends.

Barbara Ann Wilkins-Lindsey passed this life April 1, 2017 in Orange County, after a long battle with cancer. She was preceded in death by her father, John Taylor and her mother, Fannie Mae Wilkins.

The Lindsey Family and friends are proud to call her Wife, Mom, Sister, Aunt, Cousin and Friend.

Barbara has left quite a legacy and her infinite love and efforts will never be forgotten. She made an indelible mark in all of our lives, without question. God has greeted Barbara at Heaven’s gates by saying, “Well done, good and faithful servant”.

Flowers may be sent to O’Connor Mortuary, or donations may be made to The Lutheran Church of the Cross Ministries.