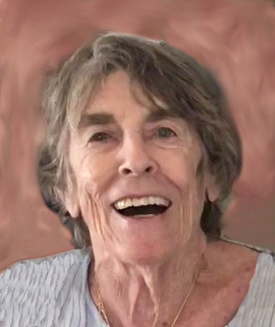 Barbara Ann Lee Knutson passed away July 22, 2018, in Irvine, California, on her own terms, following a short illness, surrounded by her children. Born April 26, 1939 in Chicago, Illinois, she and her twin brother, Robert, were adopted by their beloved parents Gertrude and Donald Lee of Kenosha, Wisconsin. Barbara graduated from Mary D. Bradford High School in 1957 and maintained close friendships with several classmates. She earned her B.S. in Psychology in May 1976, from the UW-Parkside and a M.S. in Counseling and Guidance in 1980 from UW-Whitewater. She later earned an Associate’s Degree in accounting from Irvine Valley College.

She raised three children as a single mother, first in Kenosha, Wisconsin and then in Irvine, California. Barbara’s professional life encompassed a variety of positions: among them, she worked as a guidance counselor at a halfway house and bookkeeper. From 1990 to 1993, she served with the U.S. Peace Corp in the Fijian Islands, living under minimalist conditions working as a school teacher teaching economics After the Peace Corp she worked as a budget analyst for the U.S. Marshal Service in San Francisco for 12 years before retiring in March 2007, at which time she returned to Orange County in 2010 to be near family.

Barbara loved to travel abroad. Her trips included Tangier, Morocco, Spain and Switzerland with daughter Elizabeth in 1973, Greece in 1974 and Egypt in 2006. With sons Gary and Gregg, they traveled to Argentina and Peru in 1990.

To the end, Barbara enjoyed communicating with old friends, her swimming group at the community pool, discussing current events, visiting the library to satisfy her voracious reading appetite, weekly calls with her brother, watching sports and attending her grandchildren’s many sports games and performances – all while wearing her signature straw fedora and despite the challenges of COPD. She will be missed by her twin brother (Robert (Patti) of Bellevue, WA), three children (Elizabeth (Mark) of Anchorage, AK, Gary (Kelly) of Irvine, CA and Gregg (Stephanie) of Irvine, CA) and seven grandchildren (Jacob, Daniel, Mikayla, Brett, Madelyn, Kade and Zachary).

A memorial service will be held at O’Connor Mortuary in Laguna Hills, California on Saturday, July 28, 2018, at 2:00 p.m. and a family graveside service to later follow in Kenosha, Wisconsin. In lieu of flowers, the family requests that donations be made to the American Lung Association for COPD research.