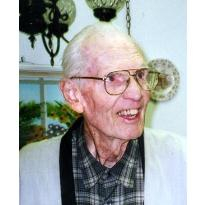 He served proudly in the Army Air Corps during WWII. He worked as a serviceman for Nipsco in Gary and retired from So. Cal Gas Co. in 1984.

He was loved by all who knew him and always had a smile to share and kept treats in his pocket for any neighborhood dogs passing by. His family misses him so very much.

He is survived by his wife Patricia, married 62 years; his daughter Christine Kanuch; son-in-law Allen Kanuch; and several nieces and nephews.

Funeral services will be Tuesday, January 11 at 10:00 a.m. at Mission Basilica San Juan Capistrano. Interment will be at Ascension Cemetery in Lake Forest following funeral Mass.