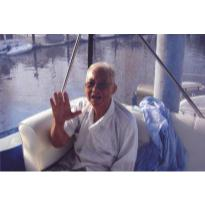 Arnold ‘Nolly’ Schou was born on September 5, 1930 in Indonesia. Nolly is survived by five sisters, Evy, Cisca, Greta, Otty and Joyce; and one brother, Hans, who all reside in the Netherlands.

Nolly leaves behind his wife, Joyce; and two children, Stella and Marcel; and one grandchild, Elise; and two step-grandchildren, Mitchell and Brandon.

In 1953, Nolly immigrated from Indonesia to the Netherlands and joined the Dutch Army.

A few years later, Nolly married his sweetheart Joyce Ladage on December 31, 1958. Shortly thereafter, they immigrated to Southern California, resided in a few cities and later settled in Irvine.

In 1995, Nolly retired from Emerson Electric as a senior designer after 30 years of service. Nolly’s main interests were watching WWII films and documentaries. He also tremendously enjoyed reading and listening to Jazz, Big Band and the Blues. His favorite musicians were B.B. King and Nat King Cole.

Nolly especially enjoyed being at home relaxing or spending time with his granddaughter and of course, sharing the numerous funny stories with relatives and friends about the life he had in Indonesia, Holland and America.

Nolly had a great sense of humor and smile, and he will be greatly missed by all.