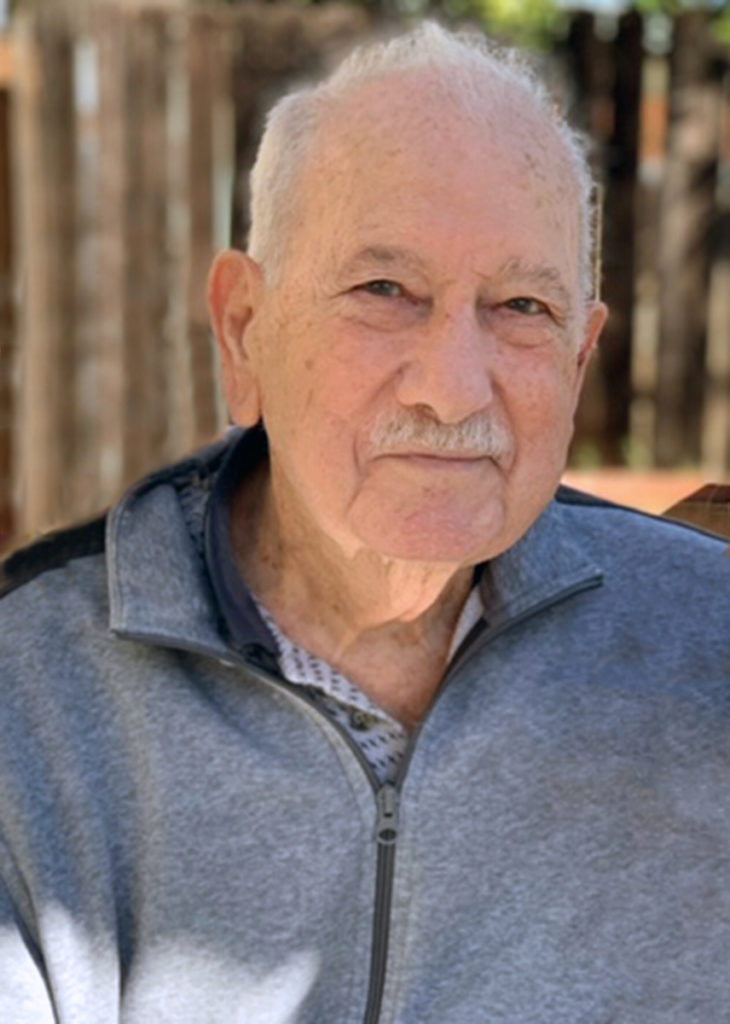 Arneld Raymond Parker (Arnie) was born on Nov. 12, 1930, in New Orleans, LA., to May and Richard Parker.  He grew up in a family of six boys, Sherwood, Arneld, Richard, Raymond, Kevin, and Kenneth.  His father was a chauffeur and built homes in his neighborhood on the side to build a better life for his family and to instill his strong middle class work ethic in his sons.

It was there on Miro Street where they lived that he met and fell in love with Evelyn Lois Rizzuto (Lois), who’s family lived a few doors away.  Lois and Arneld attended William Frantz Elementary School and later hung out at “Bunny Friend Park” which was in their neighborhood.

Lois and Arneld married on June 28, 1952, and moved into a small apartment behind the Parker Family home.  On June 5, 1954, they celebrated the birth of their first child Arneld Raymond Parker Jr.  In September of 1955, while pregnant with their second child, they vacationed in Pasadena, California visiting Arneld’s Aunt Anna and Uncle Charles Pariseau.  On that trip they visited the newly opened Disneyland amusement park in Anaheim, CA.  The vacation activity hastened Lois’s pregnancy and she delivered Steven Cal Parker on Sept. 17, 1955, in Pasadena, CA.

As soon as they were able to travel, they went back to New Orleans, packed up their belongings and moved to Pasadena, California for a better life.  Arneld found a job at Burroughs Corp. as an electronics analyst.  The family soon moved to El Monte, CA, and a couple of years later bought their first home on Pocono Street, in Valinda, CA.    While living in Valinda they grew their family by welcoming their daughter Cynthia Ann Parker on May 8, 1961, and son Thomas James Parker on Sept. 1, 1963.  It was during the fourteen years living on Pocono Street that they raised their children and made lifelong friendships with their neighboring families.

Lois and Arneld made sure to maintain strong bonds with their families back in Louisiana with annual driving vacations across the country, packing all the kids in their multiple Chevrolet station wagons (1957, 1966, and 1970 models).  Arneld did everything he could to keep his family together, to the extent that when his father died of cancer in 1959, he moved mother and younger brothers to California to give them better opportunities in life.  His older brother and his family soon followed.

In 1974 Arneld’s employer moved to Mission Viejo, CA.  Lois and Arneld sold their home in Valinda and bought their current home on Cavanaugh Rd. in El Toro.  El Toro (now Lake Forest) was a much less populated area back then.  It consisted of strawberry fields and citrus groves, and the local highlights were Lion Country Safari and the El Toro Marine Air Base.  Arneld loved airplanes and flying, and he didn’t miss attending the local airshows each year to watch the demonstrations and the Blue Angels performance.

Arneld took an early retirement offer from Burroughs (now Unisys) in 1985 to spend more time with his family, make home improvements, and take more driving vacations.  After ten wonderful years, Arneld’s life was shattered when Lois was diagnosed with Mesothelioma and passed on Feb. 17, 1996.  Arneld dedicated the rest of his life to his children and trying to fill the roles of Grandmother and Grandfather to his two grandchildren Joshua Daniel Protteau (son of Cynthia and Jeff Protteau) and Shannon Love Parker (daughter of Kim and Arneld Parker Jr.).

When life got in the way of spending time with his family, Arneld (Arnie) made new friends playing Bingo at the Lake Forest Senior Center, enjoying fellowship with the men’s bible study group at the Lutheran Church of The Cross, and talking politics with his friends at Costco on Saturdays.  Dad was a kind, loving, generous, and honorable man.  Dad had a wonderful and full life at 90 years old and his family wants to thank every one of you that played a part in it!