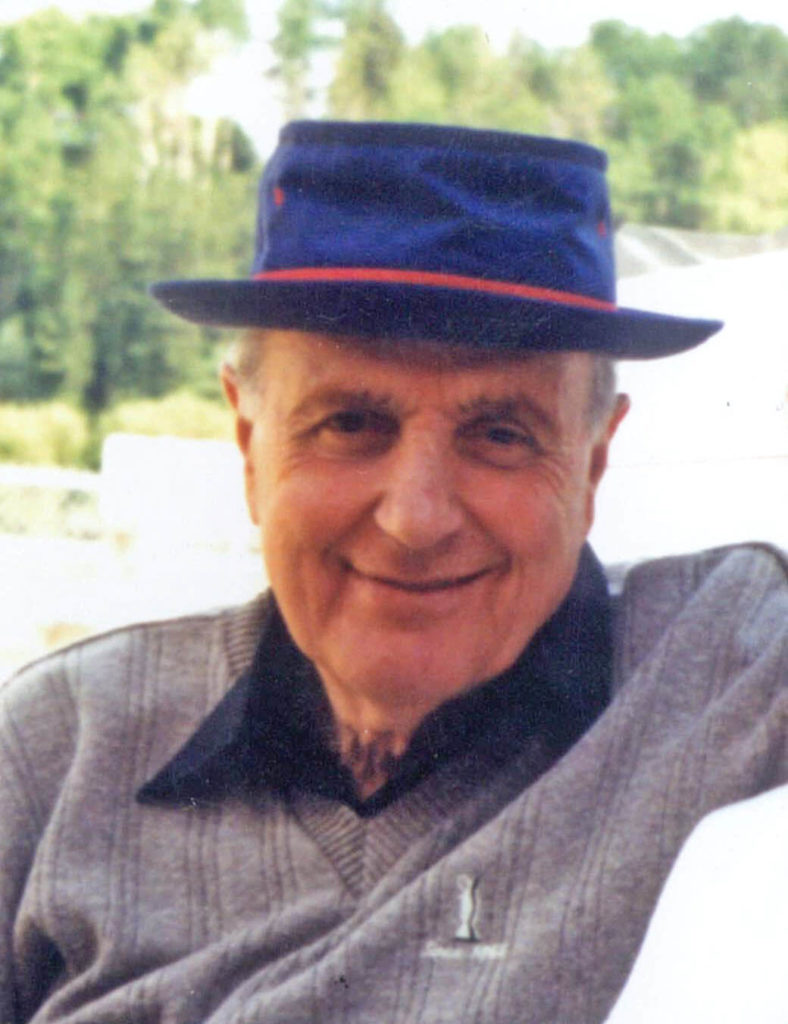 My father was born in Sault Sainte Marie, Algoma, Ontario, Canada the winter of 1924, was a good man, and lived a long and full life just shy of ninety-four years. His passing was a peaceful one. He received a bath by a caregiver on Thanksgiving morning, then, lying back in his bed, both his heart and breathing slowed down until his spirit left him.

He loved both me and my mother very much, and never hesitated to express it. He was married 70 years to his beloved wife Mary(alive and with us here today). He was wholly committed to her… never violated the sanctity of his marriage vow to be true to her, kept her, provided for her, and loved her deeply until the end of his days.

He served in the Canadian Army and served his active duty on the island of Bermuda guarding submarines.

He was a meek and gentle man in the likeness of his Lord and Savior, who he honored his entire life with decades of humble service, prayer, and the keeping of the Lord’s Day in the Catholic tradition.

Dad was the son of an Italian immigrant, Joseph Odierna from Naples Italy, who arrived at Ellis Island NY with his wife Assunta and only a few dollars in his pocket, yet, established a chain of five barber shops before all was said and done. My father, five years old when the ‘Great Depression’ hit the entire country, endured many hardships in a family of nine, which shaped his steadfast and perseverant character, and which gave him the will and desire to rise above the poverty of his past, and to forge a new home and way of life in sunny southern California. With his new and beautiful bride Mary at his side, he left the Midwest(Detroit Michigan), and traveled over two thousand miles west. He found work early on at one of the most successful aircraft companies in the USA(then Douglas Aircraft, now Boeing). He locked into his trade, never looked back, and continued there for thirty-seven years before retiring at sixty-five years old. He built a solid pension and financial portfolio over time, which allowed him and my Mom to travel on vacations, trips and cruises(Canada, Europe, Hawaii, etc.) to the tune of almost thirty years of retirement.

Not bad for a kid raised in hard times, no academic credentials or friends in high places.

For the fine house, community he chose to make a stand(Anaheim CA), standard of living, education and sports activities he provided for me, I’m eternally grateful.

Nothing made my Dad happier than to cook up a fabulous homemade chili or spaghetti and meatballs, then watch all of us clean up our plates. Although I know he must have went to bed hungry many times as a kid, I never did.

He played ice hockey in his youth, but it was the game of baseball that captivated his heart through his entire life. He followed the Los Angeles Dodgers to a level of near fanaticism from the early 1950’s to the day he died. It was a joy for me to see the excitement he still possessed at 93 years old for his favorite team, as we watched the 2017 World Series together from his hospital bed.

As can be viewed in the many photos of his person placed before you here today, he had a splendid and gentle smile which went well with his classic Italian good looks.

My father could be a bit reactionary at times, and sometimes a thorny man to navigate, but always defaulted to mercy and spirit of cooperation once his temper had cooled.

I loved him, my mother loved him, and those who knew him intimately loved him. I cherish countless fond memories of good times spent together, and look forward to the promise of the resurrection unto the next life through Christ to be reunited with him again.

May God bless my father eternally, and all those who took the time to bless him.