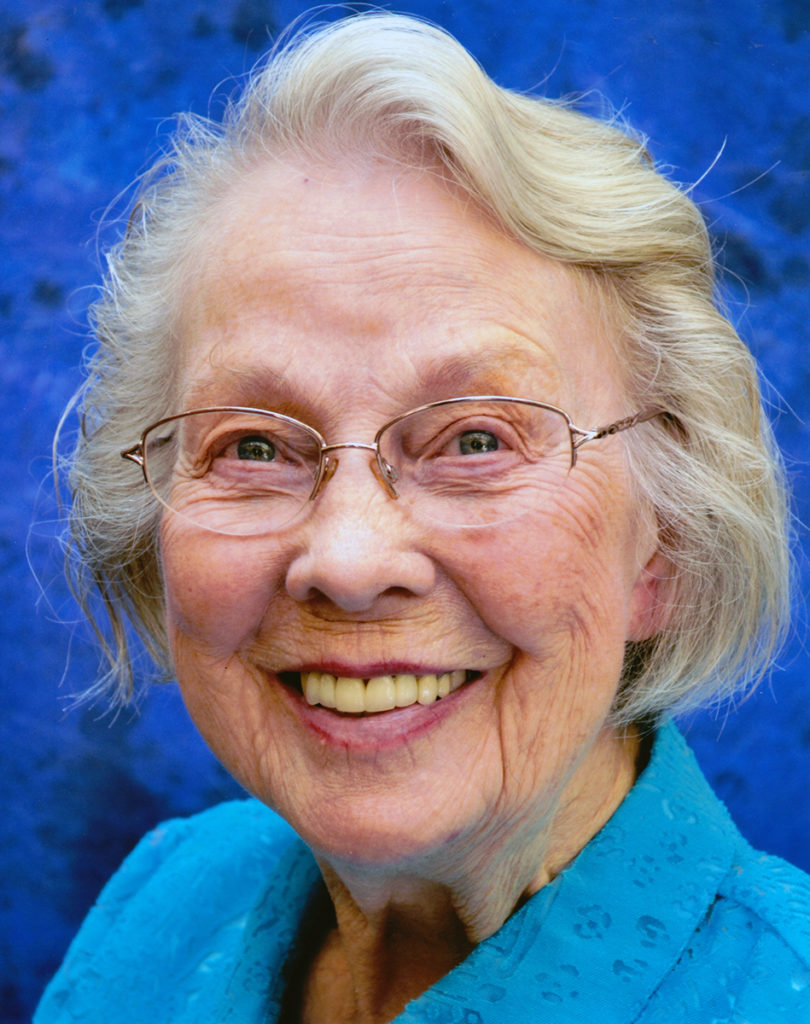 Aris was born on June 25, 1928 in Duluth, MN to Swedish immigrant parents, Hans Birger Ekstrom and Hilda Sophia Nilson. She was the youngest of 11 children: 6 girls, 4 boys and then Aris!  Growing up with all those boys, she ended up playing baseball and other outdoor games in the back alley of their home. Her father built homes in Duluth and ran a bakery in Superior, Wisconsin. Her mother was a midwife and homemaker. Aris graduated from Denfeld High School in Duluth in 1946. Her favorite teacher was her brother Dr. Robert Ekstrom who was the choir director at Denfeld! When World War II was over, Aris met a young sailor, Vern, who had just returned from serving his country in the Navy. They met at a roller-skating rink and it was love at first sight!

Aris and Vern were married on September 11, 1948 at a candlelight service at Temple Baptist Church in their hometown of Duluth. After their marriage they moved to Houghton, Michigan where Vern received a B.S. in Electrical and Design Engineering from Michigan Tech. During this time, their first son Steve was born. They moved back to Duluth where Vern joined U.S. Steel Corporation.  Five years later, they had their 2nd son, Randy. Moving every few years became part of their lives and ultimately, they lived in 26 homes in 11 states! Every time they moved, her new neighbors would ask, “Do you play bridge?” She had to say “no”, that she didn’t know how. So, she learned how to play bridge so she could say “yes” (though secretly she didn’t even like bridge, but she learned to love it!).

Aris was also a wonderful cook. When she and Vern were first married, Vern used to say, “Aris must really worship me. She always brings me burnt offerings!”  With constant practice feeding two boys and a husband, she learned to become a fabulous chef!

Vern and Aris were always active in their local church even with all the moving they did.  Their “main” home was in Walnut Creek, CA where they were long time members of St. Matthew’s Lutheran Church. While living here Aris’ family was able to reunite and spend holidays with her brother Jim’s family (“Jimmy” & Joyce and daughters Trudy & Debbie) who lived only an hour away in San Jose. The two families continued to see each other every year until her brother’s passing only 6 months ago.

When Vern retired in 1987, they moved to San Clemente, CA and joined Our Savior’s Lutheran Church. They celebrated 50 years of marriage in 1998 with a Caribbean cruise, and 2 weeks in Hawaii with 5 other couples who were all close friends from Walnut Creek. After this celebration they moved to Sun City West, AZ where they enjoyed the “life of leisure” and were members of Lord of Life Lutheran Church.

Aris was beautiful inside and out. She was a devoted and loving Christian wife and mother. She absolutely loved raising her two active boys.  She loved hosting bridge parties, ice-cream socials and Bible Studies and enjoyed playing hymns on her piano.  Her specialty was entertaining. She was a friend to all and was always introducing new people to each other.  She was kind and helpful and made sure everyone was included. She loved people and they loved her. Aris also loved to read books even up to her age of 92!

Since 2012, Aris lived at the San Clemente Villas, where she was well known as the “lady with the smile and kind words for all.”

Aris was taken to O’Connor Mortuary in Laguna Hills, CA where she will be prepared to join her husband, Vern, at the Lord of Life Lutheran Church Memorial Columbarium in Sun City West, AZ. 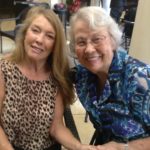