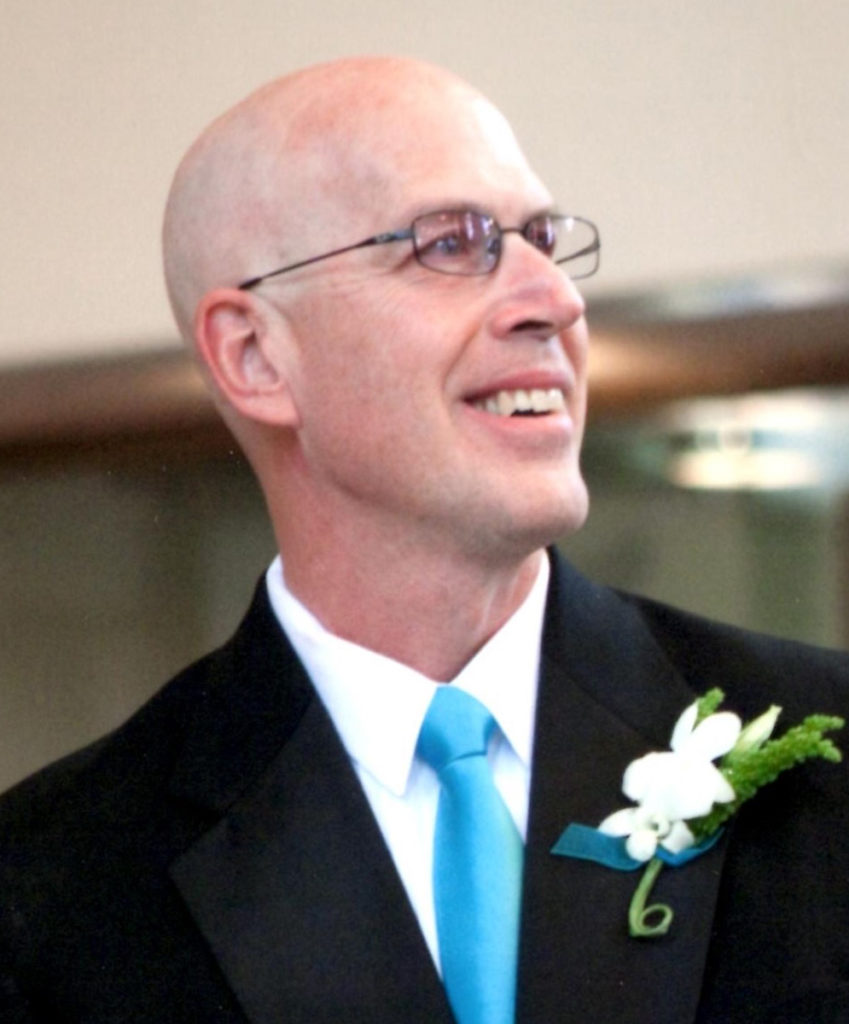 Tony was born on March 3, 1959 in Michigan.  His family moved to Orange where he spent the majority of his young life.  He attended Handy Elementary School, Yorba Jr. High and Villa Park High School.  He earned his BA at the University of Redlands. He married at age 19 and welcomed his first born Kimberly Ann at the young age of 20.  Kim was the light of his life and he affectionately referred to her as “Kimmer”. David was born just two years later and he completed Tony’s life.  Tony was a doting father who always put his children first.  There wasn’t anything he wouldn’t do for Kim or David.  His first wife passed away in a tragic auto accident.  Tony stepped up to the plate and raised his children with a belief in God with strong morals and values.  He was a proud father of all of Kim and David’s accomplishments including their achievements in cross county.

Tony and Joann met on June 12, 2007 at the Lazy Dog in Orange.  It was definitely love at first sight as they talked for hours about their faith and families.  It was a match made in heaven.  Three years later they were married at Our Lady of Fatima in San Clemente.  They wanted to become one not just as husband and wife but as one family.  Tony totally embraced Joann’s children – George and Kristen as his own and he made a significant impact in their lives.

Tony and Joann sold their homes in Orange and purchased a new home in Dana Point where new memories could be made with all of their children.

They felt blessed each day waking up to the view of the ocean.  Walks along the San Clemente beach trail was their happy place.  Family was number one to Tony and he enjoyed having all the kids and extended family over for holidays.  Tony is survived by his brother Paul and wife Gussie, loving wife – Joann, four children- Kim and her husband Jarrod, David, George and his wife Christa, and Kristen.  Tony welcomed five grandchildren into the world who lovingly referred to him as Papa – Brayden, Gavin, Madison, Emma and George.